Vacancy rates fell to a record low of 1 per cent nationwide in March, tilting further in favour of landlords, data from Domain shows.

Sydney and Melbourne recorded the biggest falls in vacancy rates across the month—the first opened to international and domestic borders since early 2020, to now be at 1.4 per cent and 1.8 per cent, respectively.

Melbourne is now at its lowest rate since the start of the pandemic, and only 0.2 percentage points off its vacancy rate as of March 2020.

Almost 8500 properties remain available for rent in Sydney while Melbourne has just under 9500.

Brisbane’s rental market hit 0.7 per cent across the month following an extreme weather event forcing many flood-affected residents to search for short-term accommodation.

Unsurprisingly, inner Brisbane, which recorded a vacancy rate of 1.5 per cent, had one of the largest monthly falls of the capital city regions. 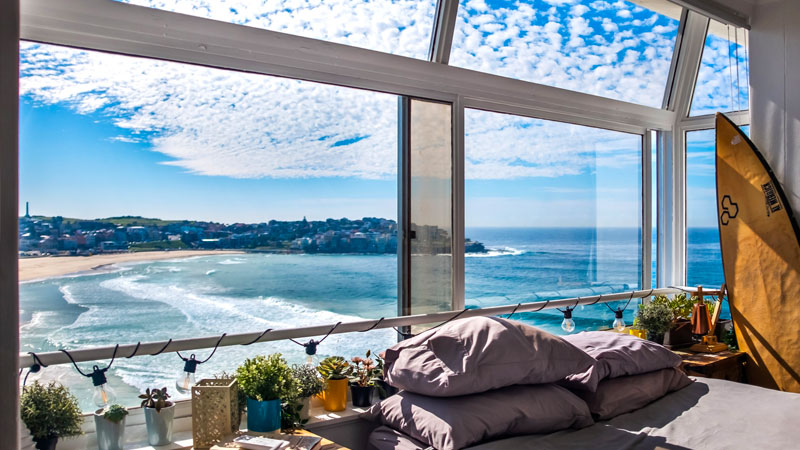 ▲ Landlords have continued to convert investment properties back to short-term holiday rentals.

Rental market conditions have also constricted in Canberra and Perth, with a shared vacancy rate of 0.5 per cent and in Adelaide where vacancy is scarce at 0.2 per cent.

Hobart recorded a marginal increase across March, but with a rate of 0.3 per cent it remains one of the most competitive capital city markets.

“After just one month of international and all domestic borders opening, we are already seeing increased pressure on an already strained rental market,” Powell said.

“It’s caused a resurgence in rental demand, particularly in Sydney and Melbourne which again have recorded the biggest drop in vacancy rates.”

Powell said, looking ahead, there would be a further tightening of the capitals’ rental markets as landlords continued to convert investment properties back to short-term holiday rentals.

At the onset of the pandemic Airbnb hosts and owners of other short-term rental accommodation scrambled to get properties leased out longer term, as bookings from international and local visitors dried up.

“International and all states’ borders are now open so it is expected that choice for tenants will decline as will favourable rental conditions, evident from the decrease in the number of rental listings nationally by 12.9 per cent [in March],” Powell said.

Along with rental growth, up 2.6 per cent, national dwelling yields have also recorded a one basis point rise since December and two basis points since reaching a new record low of 3.21 per cent in January and February, according to Corelogic.

Despite the recent rise, national rental yields are still 32 basis points below the yield recorded this time last year.

Corelogic head of research Eliza Owen said for the first time since mid-2020, gross rental yields had increased, albeit by one basis point between February and March.

“This trend is expected to continue as rent values increase faster than purchase prices,” Owen said.

“Eased international travel restrictions are likely to be a catalyst for continued growth in the rental market, as overseas arrivals such as international students and long term migrants are typically renters when they first come to Australia.”

Yields lifted across Sydney, Melbourne and Canberra, and fell across Brisbane, Adelaide, Perth, Hobart and Darwin.

Brisbane, at 3.5 per cent, recorded the largest fall in rental yields over the recent quarter, while Darwin, at 6 per cent, continues to record the highest rental yield amongst the capitals, followed by Perth and Canberra.

Perth recorded the smallest year on year change in yields following annual value growth of 10.6 per cent and annual rental growth of 6.6 per cent.

This was followed by Melbourne and Darwin, with these markets recording an 11 and 17 basis point fall in dwelling yields respectively.