Fund manager EG has lodged plans for a six-storey boarding house at Redfern in Sydney’s inner city fringe as institutional investors look to beef up their exposure in the beleaguered co-living sector.

The amalgamated site, incorporating seven lots, is currently occupied by a number of low-format buildings and a carpark.

Under plans designed by Mark Shapiro Architects, the 4000sq m apartment building would be made up of three forms: a four-storey masonry “base,” a large 126sq m central landscaped courtyard and a recessive metal-clad upper level, set back from the street.

EG’s proposal is for 120 self-contained studios, accommodating up to 188 lodgers, with a split of 52 single and 62 double rooms.

The development will also include expansive internal and external common areas including a cafe, study area, communal garden, and roof-top activities area.

It will be predominantly targeted at students and young professionals looking to be within 10 minutes of the new Western Gateway Precinct and future commercial developments.

If realised, the development will be among a number of mixed-use developments on Cleveland Street, ranging from single- to six-storey buildings, characterised by masonry construction, as well as more recent infill metal-clad typologies. 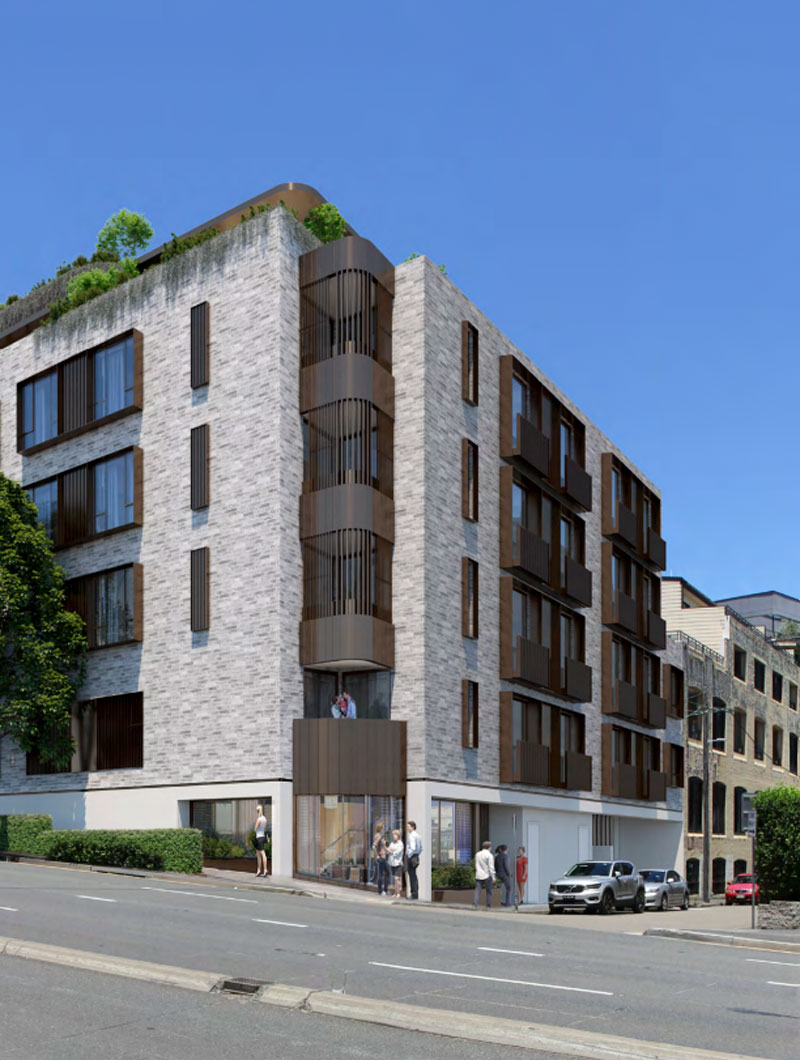 Redfern has been undergoing significant change since the then Redfern Waterloo Authority undertook an urban renewal strategy.

The area was rezoned in the early 2000s to accommodate more density. It in line to become a major benefactor of the Sydney Metro rail project.

There has also been a spike in demand for purpose-built student accommodation with about 2000 beds to be added to the area.

It has also been revitalised with the completion of Mirvac’s $1-billion precinct in the neighbouring suburb of South Eveleigh, Australian Technology Park.

For EG, the state significant development application follows a productive financial year, raising $1.1 billion of equity and securing 18 assets totalling $1.6 billion—13 in Sydney and five in other Australian capital cities.