DKO has forged a joint venture with Melbourne developer Chapter Group and Monark Property Partners to build the eight-storey commercial building in Down Street, Collingwood.

DKO will take at least four floors, just 450m from their current headquarters in Rokeby Road. The two-decades-old architecture firm paid $2.4 million for the 477-sq-m property in 2019, making them owner, architect and tenant.

“Once we’d found we had the planning permit, we then found a partner because we weren't too keen to do it ourselves,” DKO founder and principal Koos de Keijzer said.

A development application was granted six months ago, with construction due to begin midway through next year.

Internally, a podium of three floors rises above the ground floor offering flexible workspace, with landscaped planter boxes around the edge of the building. A rooftop solar garden will include common areas as well as food and drink facilities. 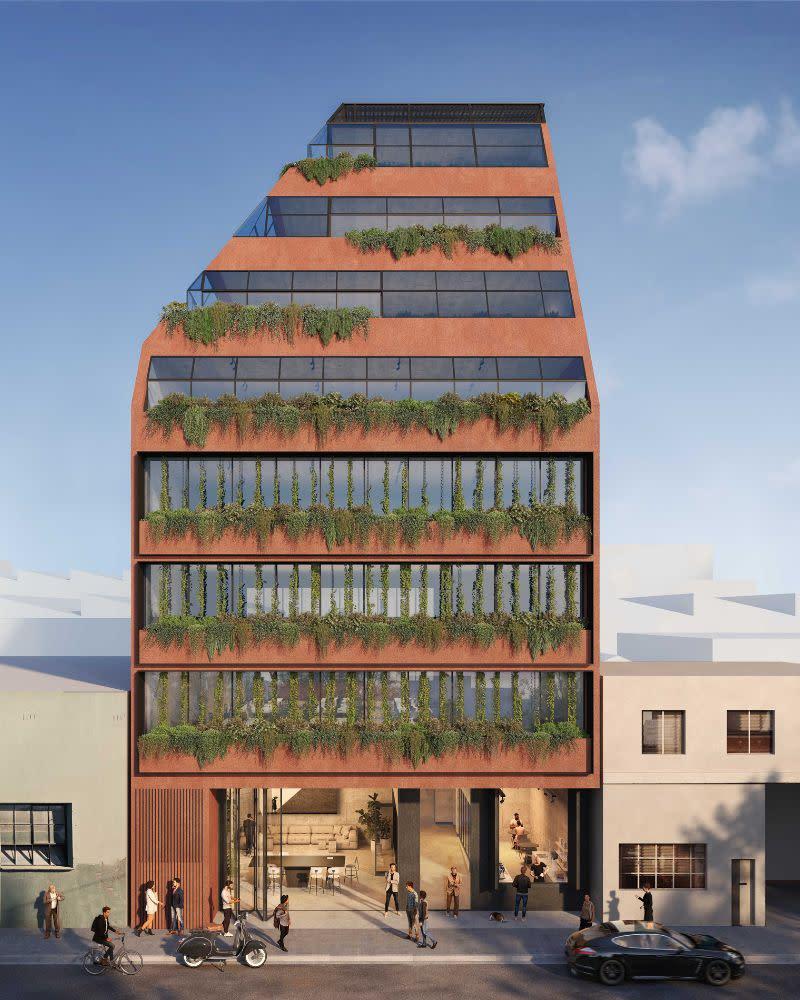 ▲ DKO will take at least four floors of the eight-storey building they will own and design.

De Keijzer said the design would include a ground-floor café, which DKO would consider owning and managing itself.

“There’s a push for a kind of flexibility in terms of getting people to work how they want to work, and make the spaces almost feel like they're less commercial and more like the home,” Lindardi said.

“So designing it more intimately and more spatially domestic.”

Director and founder of Chapter Group Dean Lefkos said he had also noticed sharp demographic and logistical changes in the commercial market during the past 24 months.

“There has been a significant shift from large CBD office buildings to more boutique buildings in the city fringe,” Lefkos said.

“There are two major factors here firstly, financial. Rental rates in the city fringe are 25 per cent lower than the CBD commercial spaces and secondly, demographic. Millennials in the workforce prefer the vibrancy, access to transport and proximity to home that city fringe location offer versus traditional CBD tenancies.”

Down Street is the first joint venture between Chapter Group, DKO and Monark.

“We very much subscribe to the theory that well-designed, boutique commercial office buildings located in inner city fringe locations will continue to perform strongly in a post-Covid economy,” Monark co-founder Adam Slade-Jacobson said.

DKO employs 250 people in seven offices in three countries, including New Zealand and Vietnam. An eighth office is planned for Jakarta in Indonesia.