While leasing incentives have been the short-term solution for landlords to get businesses back into office towers, smart and green buildings might provide the encouragement needed for companies to sign up to new office space post-pandemic.

Speaking at Cushman and Wakefield’s Future of Cities seminar in Melbourne last week, the agency's head of business development for Europe, the Middle East and Africa, Andrew Phipps, delivered a keynote presentation on the lasting effects of the pandemic on CBDs and the way cities are likely to change through to 2040.

Phipps, who previously headed up research for Europe, the Middle East and Africa at CBRE, is also a futurist—specialising in the current and future needs of the global commercial property industry.

Among issues canvassed by Phipps, the challenge of building sustainably while also delivering smart and future-proofed workplaces resonated with attendees.

“The big thing that has changed during the past two years is that people are now more thoughtful and considered in the way they are using office space,” Phipps told The Urban Developer.

“Work is now something you do rather than a place that you go and the office has become incredibly important in defining what the brand and culture of a business.

“Businesses now are spending a lot more time and energy using the office to both attract talent and to retain people.” 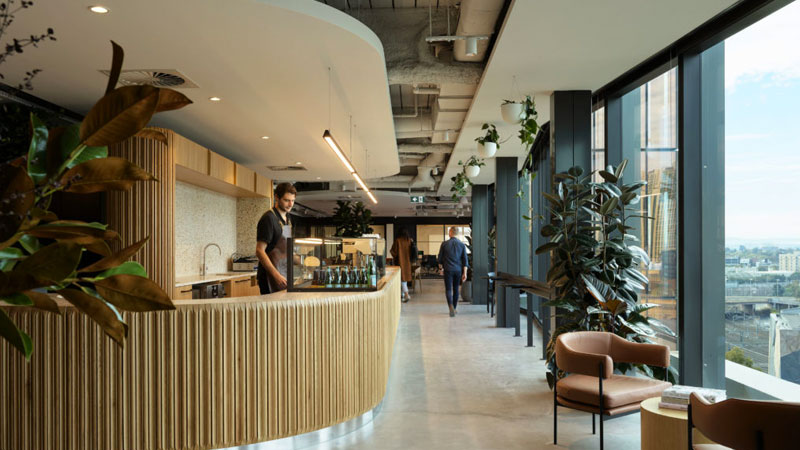 ▲ Businesses that work hard to create the best environments will likely soak up top talent.

The office sector and employers have struggled to come to terms with the modern, happier, healthier and wealthier laptop-wielding workforce embracing work-from-home initiatives throughout 2022.

Proponents of the work-from-home phenomenon believe the world has changed and lockdowns simply exposed a need for more flexibility and converted an average of 200 hours a year of commuting into well-deserved leisure time.

Phipps said that while work-from-home had provided benefits there had also been loss of productivity, collaboration through an exchange of energy, enthusiasm and ideas, and human connection with staff away from a centralised office.

“I don’t think people are happy to be back in the office,” he said.

“The way in which we used to work isn’t going to go away or be replaced but there is no doubt a demand for flexibility and, off the back of that, businesses are now actively looking at ways to use flex office space.

“More and more developers will have two or three floors of white-labelled flex space in their new builds to accommodate for this growing trend, which will be requested by investors or landlords.”

Flex office space is designed to provide employees with a variety of different places and ways to work. Unlike traditional offices with fixed and assigned desk positions, workers in a flexible office can choose the area of the office that best suits the type of work they need to do at that moment. 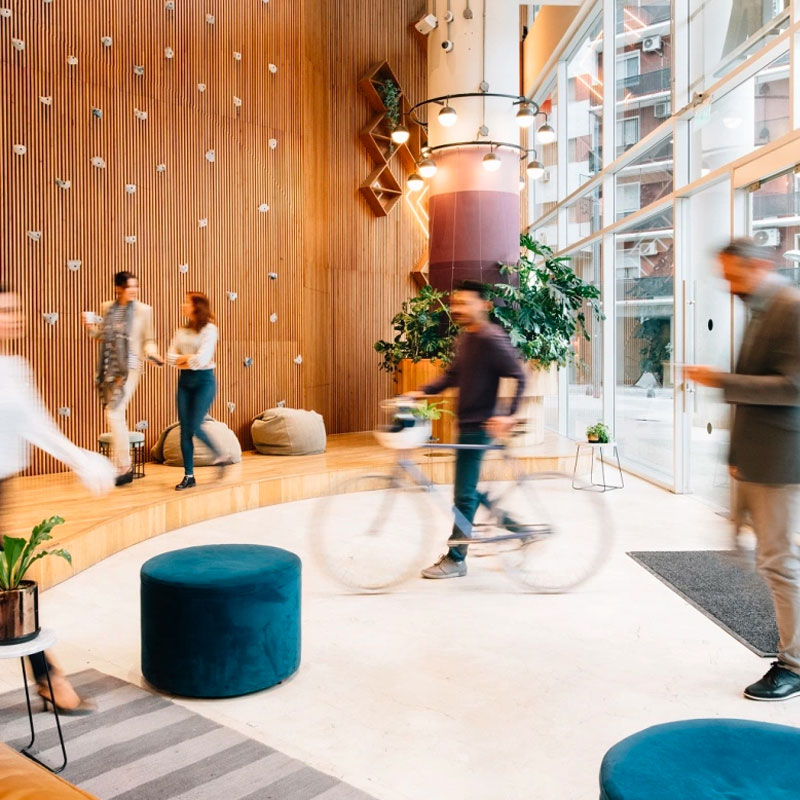 ▲ The fallout from two years of disruption has not only changed work patterns, but the make-up of office buildings themselves.

Office vacancy rates in every mainland CBD edged up over the past quarter as Sydney’s vacancy rate tipped up to 13 per cent and Melbourne went to 15 per cent.

Daily office occupancy in most CBDs levelled off last month as illness and the embrace of working from home put the brakes on the anticipated return to workplaces.

As a developing trend, office leasing activity remains strongest in the sub-500sq m cohort as smaller organisations increasingly vie for improved office space, either being subdivided or repurposed as shared office space.

“What is increasingly important, as opposed to designing and constructing an office building with obsolescence planned in, is questioning how you can make that new build flexible enough that it can serve a multitude of purposes,” Phipps said.

“If a modern commercial building is designed to last 60 to 80 years, developers should now be considering designing and building to accommodate flexibility, allowing for unforeseen changes in the way we work and the increased push into technology and remote working.”

He said as new buildings emerge, older buildings will be knocked down or repurposed providing opportnity for the layout of city centres to rapidly change—with more commercial development occuring in tandem with new transport hubs, schools, car-free pedestrianised zones and open space.

Employees working for a cooler climate

While Australia accounts for just 0.33 per cent of the world’s population it remains one of the highest emitters of greenhouse gas emissions per capita with the construction sector accounting for 18.1 per cent of Australia’s carbon footprint.

Around the world, occupied office buildings in cities consume one sixth of the world’s freshwater while new builds consume two fifths or 100 billion tonnes—the equivalent of 300,000 Empire State buildings—of all other raw materials a year.

Despondent at decades of government inaction, employees are now increasingly looking to work for organisations that contribute positively towards improving the environment to create a sustainable future.

On top of that, more workers were not only wanting durable, liveable, and accessible workplaces but safe, healthy and sustainably built ones as well.

The focus is coming on to “smart buildings”, Phipps says, where the actual work premises is activated, and the occupants interact with it in different ways.

Through a combination of connectivity, Internet of Things (IoT) sensors and location-based services, a building can “come alive”. 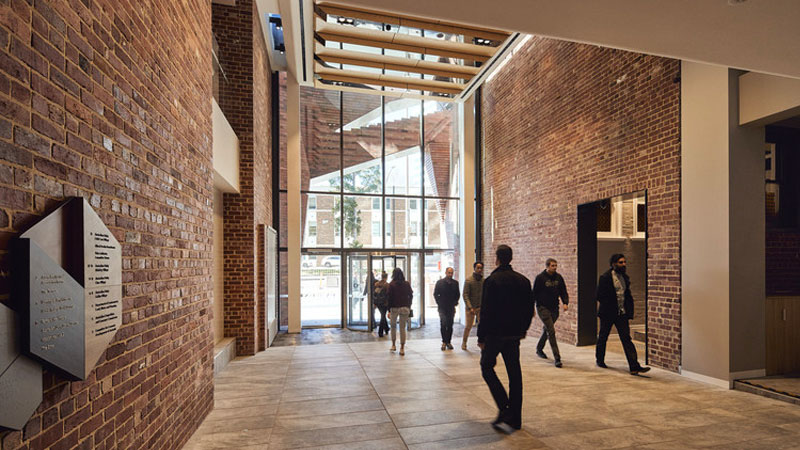 ▲ An age-old answer lies in refurbishing and re-adapting old buildings, rather than demolishing them and starting all over again.

Although smart buildings are certified to cut the negative impacts on the environment, they also empower occupants.

“The key piece for me moving forward is how smart buildings will enable more sustainable buildings,” he said.

“Quite rightly, there's a huge amount of talk about making buildings more sustainable, whether that be refurbishment or through redevelopment, but the ability to measure energy in particular via smart intelligence allows us to really understand if one building is more sustainable than the other.

“It is something that we are increasingly being asked by both investors and occupiers: ‘Is this a sustainable building?’ When we get into the details and the data, we can actually tell them now.”

Looking ahead, Phipps said the real estate industry as a whole has a role to play in ensuring our environments are as people-friendly as possible.

To do this, transparency and openness would be needed with each party taking responsibility but pinning it all together would be a need for “fairly aggressive legislation”.