The City of Melbourne council has approved what is Victoria’s largest heritage review to date.

The review covering the CBD area within the Hoddle Grid was unanimously approved at last month’s council meeting.

The review updated heritage information for a large number of properties and smaller precincts within the CBD that were already part of the Melbourne planning scheme’s heritage overlay.

Another 126 properties were also added to the overlay during the review.

Inclusion in the heritage overlay ensures that properties with local heritage significance cannot be automatically demolished as developers then require planning permits.

Councillor Rohan Leppert, who commissioned the review in 2015, said attributing heritage significance to properties was not enough to protect them if they were not included in planning schemes.

“So if a building is not in the heritage overlay, you don't need a permit to demolish that heritage building.

“That's why the heritage overlay is the key test.”

The Melbourne Heritage Action lobby group initially helped the council push for a desktop review with the addition of 90 buildings that had been graded but not yet added to the scheme.

Leppert said it then became obvious that a review covering the entire Hoddle Grid was needed.

“Because we hadn't done a street-by-street thorough review of the Hoddle Grid since the ‘80s, we needed to do that comprehensive review because over the course of 40 years, community expectations and values about what is heritage and what we shouldn't protect, change,” Leppert said.

“But we also didn't have that post-war wave of buildings protected and we hadn't really done that community grounded consultation to ask people what they wanted.” 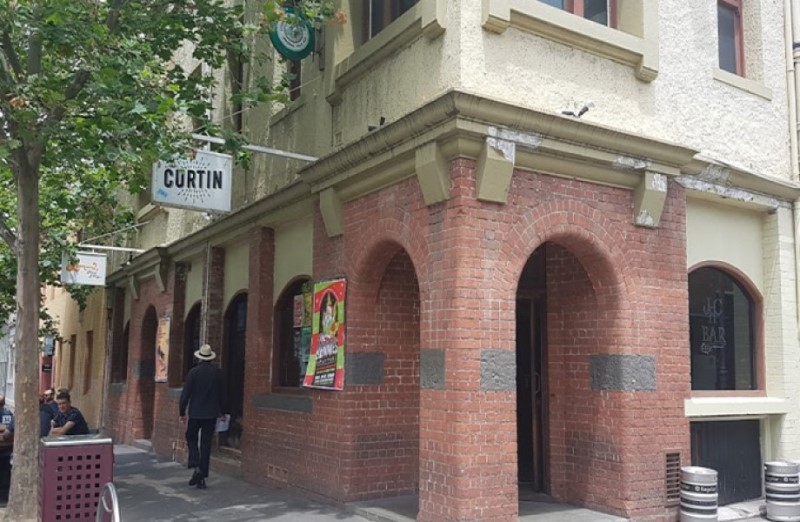 ▲ The John Curtin Hotel property is expected to have its local heritage significance upgraded as part of the Carlton Heritage Review, currently on exhibition.

The Flinders Lane East precinct, from Russell Street to halfway between Exhibition and Spring streets was added to the overlay.

“There’s a whole lot of buildings in there, close together,” Leppert said.

“But none of these buildings would have heritage protection if they weren’t in the heritage overlay.”

Properties such as the Lyceum Club (main image), built in 1959, also were included.

“It was one of those buildings that was part of that post-war, post-modernist wave that was not going to be protected until we went through this process,” Leppert said.

“The importance of that club to the social and political history of women in Victoria is really key.”

The review picked up several post-war buildings that had not been considered before.

“We've got pre-war buildings and inter-war buildings, we've got Victorian and Edwardian buildings protected across the city,” Leppert said.

“It's the post-war wave that we're now seeking to protect and then that helps someone moving about the city see these layers of architectural history.

“And then hopefully, if you look back on the city in 50 years, those layers keep shining through and it makes the city interesting and that makes the history of the city more readily visible.”

Other heritage reviews for East Melbourne, West Melbourne, North Melbourne, South Melbourne, Parkville, Carlton and Fisherman’s Bend are under way with the John Curtin Hotel expected to be upgraded from contributory to significant local heritage status in the Carlton Heritage Review.