Rezoning is driving $1 billion-plus worth of development approvals in Liverpool, including the city's new Civic Place.

Liverpool City Council and development partner Built, with architect FJMT, recently began construction on the project that is expected to activate the southern end of the central business district.

Liverpool Civic Place features a 22-level commercial tower and seven-level co-living building targeted at “executive-level temporary accommodation” on the 52 Scott Street site. The project is scheduled for completion in 2023.

This masterplan was approved last year along with $1.34-billion worth of developments in a bid to further develop Sydney’s third CBD.

“With the site cleared, our focus will now be on the major excavation works so we can lay the foundations,” Mason said.

Built is working on another major Sydney project in Parramatta, building that city's new civic building and commercial towers.

The construction boom in Liverpool comes after the council’s decision to rezone 25ha of its city centre in 2018 and on top of projected population growth to 300,000 by 2030.

The largest approvals in 2020 included Binah Developments’ $105-million 35-storey mixed use tower on Elizabeth Street and a $100-million mixed use development of 14-storey and 20-storey residential towers on Bathurst Street, both in the CBD.

A $95.4-million multi-storey warehouse complex at Prestons developed by Muhibbah Engineering was also approved as was Scentre Group’s $93.5-million Westfield revamp with an office tower and entertainment precinct. 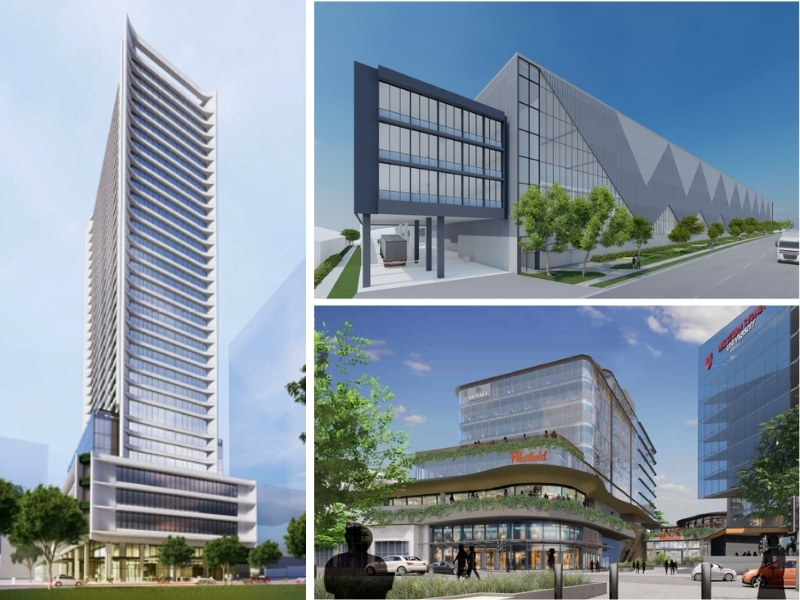 ▲ Liverpool approved more than $1 billion of development applications in 2020, the fourth consecutive year the total has topped the mark.

“That is an enormous vote of investor confidence in our city,” Waller said.

“Significantly in 2020, construction of more than $96 million of affordable rental housing was approved, to further contribute to the existing supply of accessible housing for the community.”

Liverpool, 27km south-west of Sydney's CBD, is one of the country's largest council regions with 220,000 residents across 42 suburbs. It is home to Western Sydney International Airport, the Western Sydney Aerotropolis and the Liverpool Innovation Precinct.