Arden Property Group has lodged plans for an eight-storey apartment tower next door to its Jade apartments development on Burdett Street at Albion.

The Altis Architecture-designed tower is on the corner of Burdett Street and Crosby Road, with views over Crosby Park, a proposed Olympic sporting precinct for the 2032 Games.

According to planning documents the development pays homage to the industrial history of the site and the Albion precinct.

“The proposed design has taken a sensitive approach in respecting the industrial heritage significance of the existing site,” the report said.

“The distinct angular roof form and brick palette of the existing industrial building have been reflected in the proposal by incorporating brick feature walls and overclad elements along the street frontage within the planting areas.” 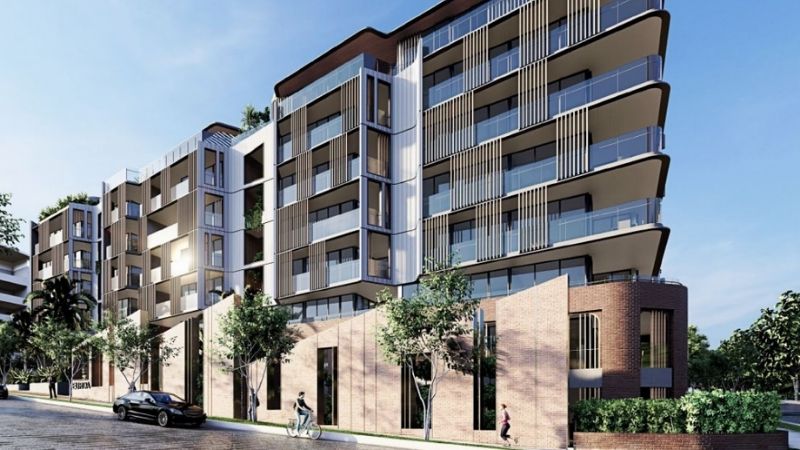 The architectural design statement said the design outcome would improve street activation, as well as complement and enhance the medium density typology of Albion and leave a “compelling and long-lasting legacy of architectural expression”.

Hoarding has been up on the site for some time, and it comes off the back of Arden Property Group’s four-building 369-apartment Jade development next door.