Property investor lending in January has risen by 10.5 per cent, lifting the overall value of home loans to $28.7 billion in the month—an increase of 43 per cent on 2020.

The surge in the latest Australian Bureau of Statistics figures occurred across all states and territories, with the exception of the Northern Territory, to be 44.3 per cent higher year on year, the largest annual growth on record since 2003.

Owner-occupier lending for homes rose 10.9 per cent in January, 52.3 per cent higher than in January 2020, with first home buyers increasing by 9.6 per cent to be at the highest level since May 2009, mirroring the similar uptake following the global financial crisis and the introduction of the first home-owner grant.

Investor lending for housing lifted by 9.4 per cent, capping a 22.7 per cent rise across the last twelve months and revealing a renewed appetite in new loan applications.

The lift marks the the largest rise in new loan commitments for investor housing since September 2016.

The HomeBuilder program, which offers grants of $25,000 to help construct or renovate a property, is also contributing to an increasingly febrile market. 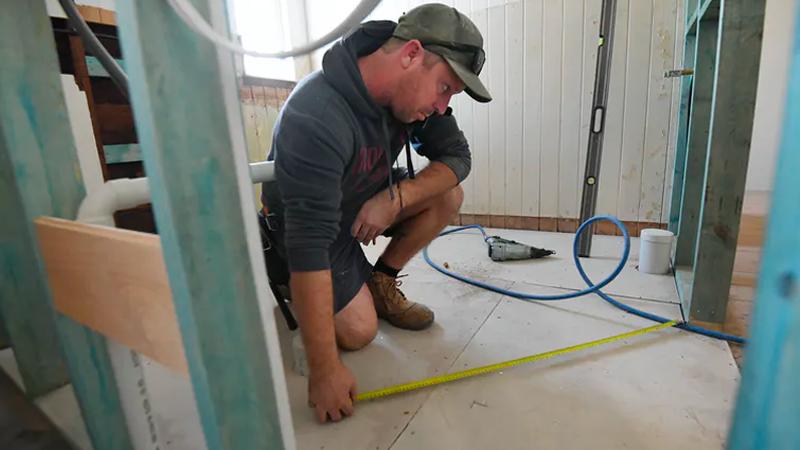 ▲ The value of loans for alterations and additions in the three month to January 2021 is 40.8 per cent higher than the same time the previous year.

“Since the HomeBuilder grant was introduced in June 2020, there have been record rises in the value of construction loan commitments,” ABS head of finance Katherine Keenan said.

“Loan applications made late in 2020—prior to the reduction of the HomeBuilder grant on 1 January 2021—contributed to the strong rise in January’s construction loan commitments of 15.7 per cent.”

The value of new loan commitments to owner occupiers rose 10.9 per cent, the largest monthly increase since August 2020.

Despite 6.5 million Victorians being put through two lockdowns in the lead up to January, the value of new loan commitments to investors also rose 12.9 per cent in the state across the month.

“Low rates—including an outlook of continued low borrowing costs—are fuelling the housing market more than other parts of the economy,” Timbrell said.

Loans to owner-occupiers for the construction of a new dwelling in the three months to January 2021 compared to the same time last year has tripled in Western Australia, up 221.7 per cent and more than doubled in Queensland to 164.9 per cent.

The Northern Territory recorded a 160.3 per cent boost while Tasmania and Victoria also recorded spikes of around 100 per cent.

“The value of lending to investors increased by 17.6 per cent in the three months to January 2021 from the previous quarter.

National house prices grew slightly by 0.9 per cent in January to surpassed pre-Covid levels by 1 per cent, and be 0.7 per cent higher than the previous September 2017 peak.