London was calling to a faraway town—repeatedly and for quite some time.

On the other end of the line in Sydney were three mates, who out of collective boredom had left their jobs and got their entrepreneurial dopamine pumping by starting a property development company called Thirdi.

About 17,000km away as the crow flies, another mate nicknamed Boof was playing professional rugby in the UK.

Off the field, however, he was dialed into the trio’s ambitious enterprise.

As Thirdi’s Luke Berry tells it, the first long distance call from Boof—otherwise known as former Australian international front-rower Gareth Hardy—came not long after he had joined English Premiership side Leeds Carnegie.

“Boof had been chipping away at us for years and he goes ‘You guys, there’s opportunities in London—come and check it out’.

“And we were like ‘Mate, are you dreaming? We’ve got enough on our plate in Australia’.”

But the calls kept coming and then, some time later, fate intervened. A wedding invitation from a mutual friend of Berry and his Thirdi co- founders Ron Dadd and Robert Huxley landed them all in London at the same time.

“We met Boof and we did the maths … and we said to him ‘Ok, we like the sound of this—if you go and find a site that is 100 per cent pre-sold, has got a senior finance offer and a head contractor lined up we’ll put the equity in’.

“That’s like winning the lotto in our game and we didn’t think he’d do it.

“But to his credit he hustled … and we ended up getting our first project in London. That’s what really started our business over there.” 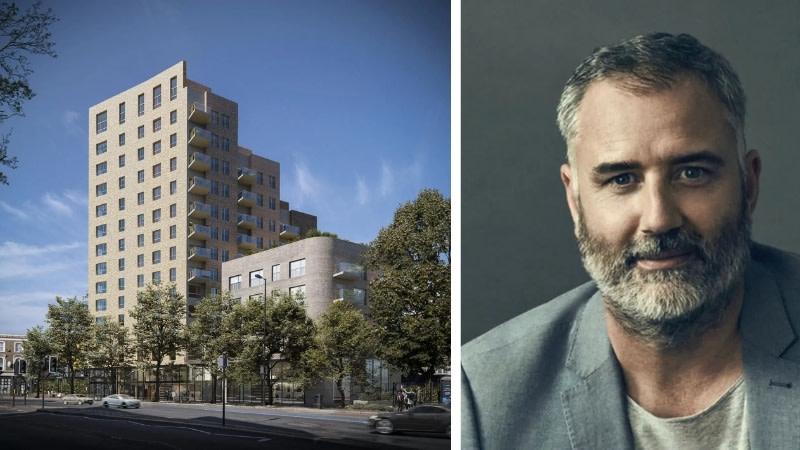 ▲ Thirdi’s Luke Berry and a render of the developers’ project on York Road in Battersea, London.

Five years later, Thirdi has a rapidly growing $500-million portfolio of projects in the UK where the company’s international expansion is being overseen by Dadd, who has moved to London, and Hardy (aka Boof), now its locally-based director of development.

So far, it has two projects under its belt. Finishing touches are being put to its debut UK development comprising 100 apartments at Battersea and work is under way on Graphite Square, its mixed-use project in South London’s Vauxhall with 160 apartments and 7500sq m of collaborative work space.

The company is shortlisted for two major projects that he says—if it gets one or both —“will be massive for our business over there”.

“One of them is a premium boutique offering that’s in one of the most sought-after locations of London with outstanding views of the Thames, the CBD and all the icons of London. It’s a really high-end product.

“The other one that we’re very close on is a larger affordable project that’s around 300 apartments.”

According to Berry, Thirdi's overall pipeline—including 16 developments in Australia—totals “just over $3 billion” and in the UK it has ambitious growth plans to replicate the size of its Australian business in terms of end value of projects within five years.

“That’s our target … what took us 15 years to do here we want to do in five years in London.”

It is certainly an expansion road less travelled by most Australian developers, and especially one that has rarely played outside its home state of New South Wales let alone the country’s international border.

But perhaps the writing was on the wall from the beginning.

Back in 2006, Thirdi—then a fledgling start-up operating out of Dadd’s lounge room—embarked on its first development, an apartment and townhouse project called The Palms at Whyalla in South Australia’s Iron Triangle. 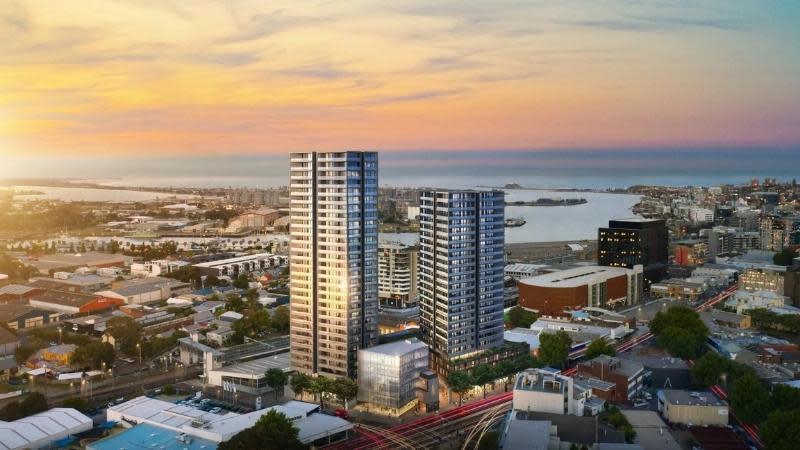 And guess who was wanting a piece of the action and bought one of the townhouses off-the-plan? None other than their mate Boof, who had just left the Waratahs to play for Western Force and in the not-too-distant future London would be calling him.

“Sydney developers usually go to the Gold Coast and do their arse, right? We’ve gone to London,” says Berry.

“The way we look at it, we could have expanded into another state like everyone else but there wasn’t the same upside of going to an international market like the UK.”

Crunching the numbers the return on equity was just too compelling.

“Property development in Australia is hard,” Berry says. “You’ve got a lot of rules around funding and sales and you’ve only got four big banks and a lot of second-tier lenders are coming in.

“But over in London you’ve got 70 banks and they don’t apply the same restrictions to foreign investment as Australia does. And the government actually supports private development by buying properties off-the-plan as housing for essential workers.”

About 30 to 35 per cent of the apartments in Thirdi’s UK developments have been purchased by one of Britain’s biggest social housing providers for public sector employees, Paragon Asra.

“They’ve got a big problem in London, like Sydney, where the cost of housing is outrageous and the nurses, the teachers, the bus drivers, the people that run the city can’t afford to live in it,” Berry says.

“The government’s solution, and we think Australia really needs to consider this, is that they co-invest in a percentage of the developments …and they actually pay for the apartments at land settlement, then at milestones during the delivery and the banks treat their payments as equity.

“So, it  ends up that your returns on equity are amplified by almost 300 per cent or at least 100 per cent, depending on the deal.”

The other major upside to its London development play, says Berry, is “all of a sudden we’ve got a spot at the big boys’ table when it comes to global investment deals”. 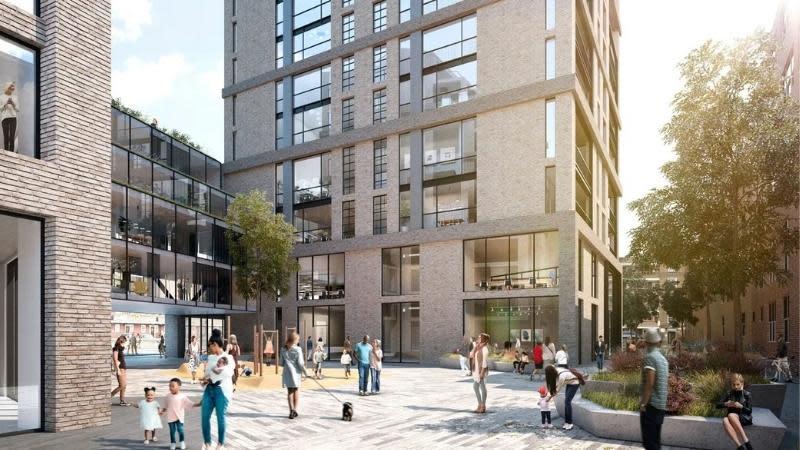 ▲ A render of the Thirdi Graphite Square development in London.

“Before we were in the UK it was very difficult to get people’s attention.

“Now we’re talking to these capital partners that are looking at putting hundreds of millions of dollars into projects with us, both here in Australia and in the UK. And that's why the UK was so strategic for us.”

Integral to Thirdi’s success has been the Australian development mindset of pre-sales it has brought to the UK market, where there is traditionally more sales focus and risk at the tail end of a project.

Earlier this year, Graphite Square was named the fastest-selling development in central London’s sought-after zone one neighbourhoods, notching $64 million in sales to local and international buyers.

“All the establishment over there were like ‘Who the hell are these guys?’”  says Berry, who drives Thirdi's sales and marketing.

“We sell out developments and get debt covered … and so, our projects are actually more de-risked than a traditional UK development.

“I think as Australian developers we punch above our weight because we’re conditioned to get so many pre-sales and we have the best marketing—the materials we produce, the way we digitally represent projects and the experiences we give buyers, in my opinion, is the best in the world.

“You combine those elements and take that to London, with a lot of hard work and a fair bit of good luck we can be very successful in that market.”

The tyranny of distance

Nonetheless, he says, it is a tough market with challenges, most notably the tyranny of distance—“working in a timezone that’s completely off and upside down”.

“Once you get established in the UK, however, the rewards are there,” Berry says.

“Right now, though, there’s a lot of uncertainty econmically and with wider world politics making it a challenging time to enter the market.

“But eventually there's going to be some real opportunities and, because we got in five years ago, we’ve got a strong base and bit of momentum ... so, we’re just trying to be in the best position possible to grab them when they pop up.”

Closer to home, Thirdi is on a journey of diversification to further strengthen its Australian business.

By covering all the development bases—residential, commercial, specialist disability accommodation and, more recently, retirement living as well as land subdivision and communities—its strategy is “when the cycle comes and goes for each of them we can ride it”. 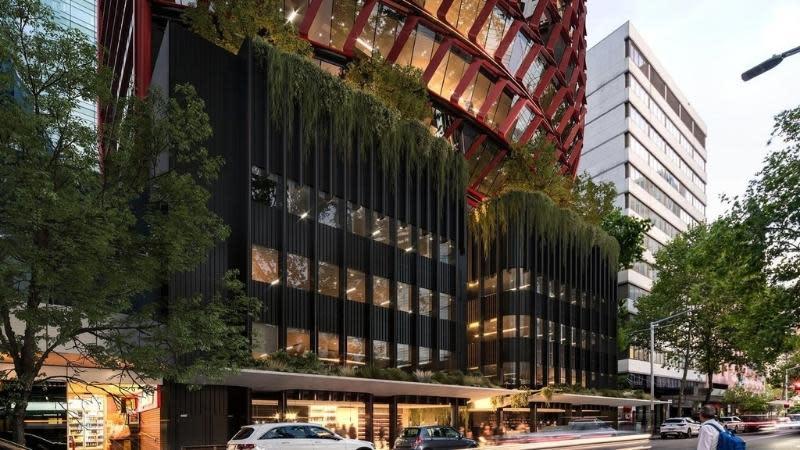 ▲ A render of Thirdi’s Warada on Walker in North Sydney.

Continuing its charge into the regions, it is also moving forward with its 184-apartment Dairy Farmers Towers urban renewal development in its familiar Newcastle stomping ground and also has recently been given the green light for a $35-million residential project at Coffs Harbour.

Under its ThirdAge banner, it is partnering with Newcastle’s Merewether Golf Club to develop its first retirement living project, the $120-million Merewether Residences.

“Mum and Dad are moving in there so I tell you what, there’s a bit of pressure to get that one right,” Berry muses.

But in a major strategic move, the company is also now making a push into residential land development with its newly-established Thirdi Communities division.

“We’ve now got a significant landholding between Sydney and Newcastle ... and we’ve also exchanged on another large parcel of land near Maitland,” Berry says.

“It’s all still in the early stages and subject to planning but across those two developments we’ve set ourselves a target to create 5000 houses, villas and duplexes by 2025.

“We believe that there is a major housing issue coming. The data is showing there's a chronic undersuuply of good housing lots and so that's why we're pivoting into land.

“Also, a lot of land subdivisions have been just boxes jammed in on top of each other with no greenery, no pathways, no nature.

"So, we're going to take a very similar view to lifestyle and amenity that we offer in apartments, and offer that into our land communities.

“Almost 50 per cent of our estates will be dedicated to green open space and they’ll be the kind of places where people are going to want to live.

“They’re not going to want to be in an estate where it’s just all, you know, brick veneer and aluminium roofs. So, we’re going to actually design beautiful parks, pathways and community facilities that we think the next generation are going to want when it comes to house and land.”

And, no doubt, while they are keeping the Australian dream alive London also will keep calling.