If you want to understand modern chaos theory—the idea that a butterfly flapping its wings in Brazil can cause a tornado in Texas—look no further than the Australian construction industry.

Or the example of Queensland-based KDL Property Group.

KDL are mainly involved in civil construction. They’re land builders, which means they use a lot of concrete and steel and because their work is below ground, they’re constantly looking for things like concrete-reinforced pipes, what KDL’s managing director Kent Leicester calls CRPs.

For the past 18 months, any of those pipes over 650mm in diameter—the size he needs for storm-water drainage—have been difficult to get, with a wait-time of between 40 and 50 weeks.

“You learn to plan well in advance,” says Leicester, who is now ordering certain pipe sizes nine months out.

His pipes are manufactured in two south-east Queensland plants, but as those facilities moved to catch up with demand, they created other problems.  First, pipes of smaller diameters became hard to find, with similar delays in delivery of 40 weeks and more.

Then about two months ago, concrete was suddenly in short supply.

“My concrete team can normally come in and do 600m of kerbing in a day,” Leicester says of a project he has within Logan City Council.

“Last week we could only get 400m in a day because we just can’t get enough concrete supply.”

The answer? KDL now books concrete trucks 20 to 25 weeks in advance of a job to ensure delivery.

“There’s been a number of things to create, for want of a better phrase, this perfect storm,” Leicester said.

He’s not the only one in the industry using the same meteorological analogy to describe the past 18 months. 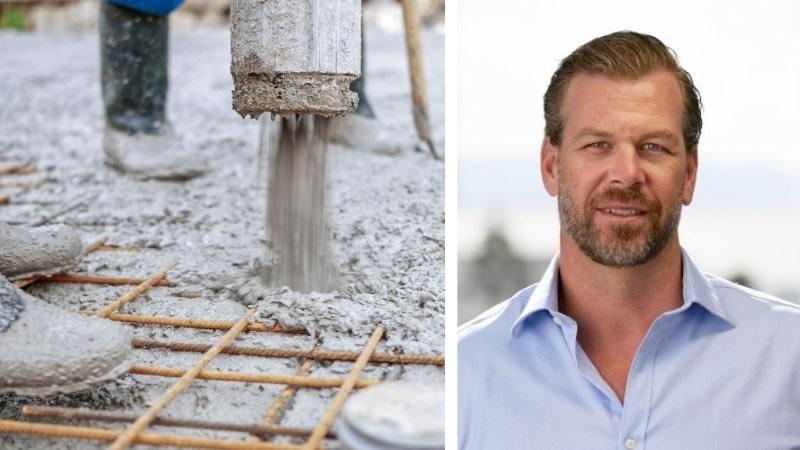 ▲ KDL’s managing director Kent Leicester: They now book concrete trucks up to 25 weeks ahead of the pour.

Timber and steel—both reinforcement and structural steel—doubled and in some cases almost tripled in price, according to Matt Hemming, a partner and quantity surveyor with Mitchell Brandtman.

“Timber has been an interesting one with some unique driving factors,” he says.

“A lot of our framing timber is from local forests. But you have a lot of hard woods plus some of your dressing timbers, like laminated veneer lumber and glulam beams, manufactured overseas.”

Timber shortages were forecast as early as 2020, but a government stimulus package aimed at kick-starting the housing construction industry suddenly accelerated the demand for framing timber and the problem grew.

Traditionally, Australia imports just 20 per cent of its house framing timber with the remainder locally grown—it’s cheaper to grow and cut—but in the 2019-20 bushfires, about 130,000ha of plantation forest burned.

“So timber was hit with less supply in the market, greater demand, less ability to supply more product rapidly because of bushfires and the like, and then ports are closed, along with state borders and all the logistics issues that come with that,” Hemming said.

“So we’ve been more stung by the rise in steel reinforcement prices over the past 18 months, which have almost doubled in price,” Hutchinson says.

He says the core issue with steel goes back to the rise in price of scrap metal, which is used in reinforced bar, aka reo. When global manufacturing paused, less recycled steel was available. A butterfly had flapped its wings.

“Reo has pretty much been going up every month,” Hutchinson says.  “We’ve been getting letters from our suppliers every month, notifying us of the rate rises, and it’s stung a lot of builders.

“And then the global economy was restarted with dirt-low interest rates and demand just getting totally out of whack with supply. So, that was the root of the problem.”

An estimated 30 per cent of Australia’s steel is imported with the bulk of that coming from China, the world’s biggest steel exporter. Shipping costs have added to builder and developer woes. 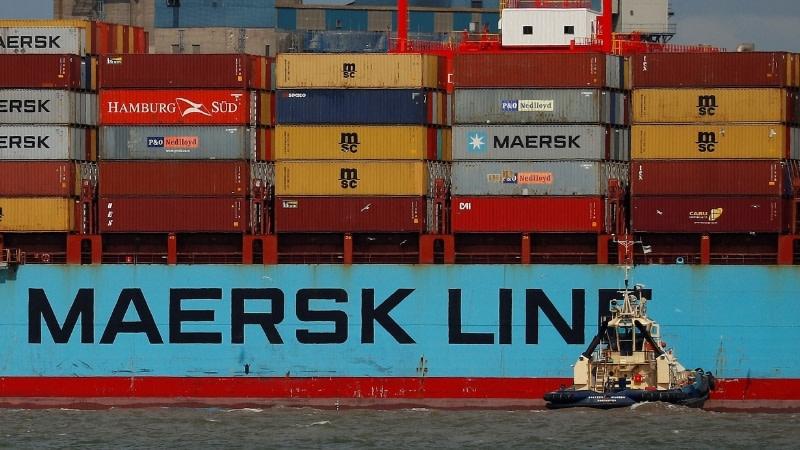 “The rise in shipping costs has been very costly for us,” Hutchinson says. “We import a lot of glazing, so facade systems and window walls from overseas, and the cost of shipping went from $US3000 a container to $US13,000.”

The industry turned to local providers, who helped propel steelmakers like BlueScope’s overall net profit to more than double to $2.81 billion in the year to June 30.

Meanwhile, Maersk, the Danish shipping company that controls about a sixth of the world’s container trade, raised its profit forecast for the second time in a year, saying the strong result was driven by “the continuation of the exceptional market situation”.

Builders have been forced to get creative.

KDL’s Kent Leicester said when he couldn’t find 750mm concrete pipe, they would try to lay two 500mm pipes side by side.

“But there’s challenges with that—how much room you've got in the ground under the road and alongside the other services on the verge,” he says, “whether you can actually physically fit all those things in the hole.

“And the alternative products available to us haven’t always been supported by the council. They like reinforced concrete pipes, they’ve used them for years, they know how they work and that's been the standard they require.”

“Yes, there has been quite a bit of stockpiling, particularly by the large builders, of materials that might be more volatile, like mesh and rebar,” says Sarah Slattery, managing director at Slattery, a property, infrastructure and construction advisory firm.

“It’s good for them.  They can get good deals on larger quantities.” Hemming says he’d heard of builders stockpiling hundreds of houses’ worth of PVC plumbing because they knew there was going to be more of a supply shortage rather than a price increase.

“But obviously, it was both,” Hemming says.

“You know, we all did it with toilet paper, right? So it was only natural contractors did the same.”

Some developers have shelled out more money to builders to offset additional costs. Other builders have just had to wear the increases. And there’s been an increase in variation claims.

Others simply went out of business.

Industry sources say supplies of timber and steel, particularly reinforcement steel, have now improved and prices have eased. In some cases, prices may have dropped slightly, but that’s rare.

“The steel futures price has come right off from a peak of maybe September, October last year, and it’s down 20 to 30 per cent,” confirms Slattery.

“The world steel price is reducing, although raw material prices will take a little while to work through because there’s a lot in the manufacture of steel that won’t all have been bought at that high price.

“But over the next 12 months it'll work through, and I think materials will become less of an issue.” 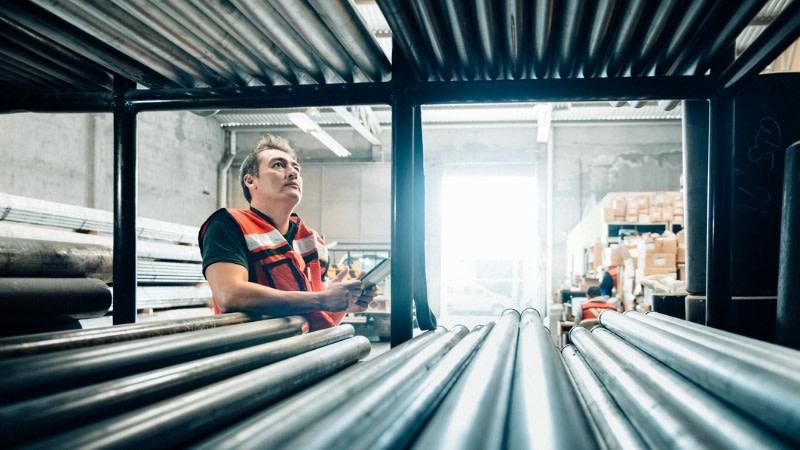 ▲ Looming energy cost increases will impact the production of materials such as steel.

CBRE research director Kate Bailey is forecasting building price escalations to peak this year and moderate in 2023, according to their research.

“While a sharp increase in construction costs is putting pressure on Australia’s development pipeline, margins and timelines, most cost escalations have now been built into project pricing, particularly for building materials, and further price increases will be more modest,” she says.

For his part, Hemming says he is expecting prices to increase by .5 per cent for at least the next six months before levelling out.

And he warns energy costs—largely driven by the war between Russian and Ukraine— and labour shortages will be the industry’s next big challenges.

“High-embodied energy production will increase pricing on anything that is heavily-manufactured,” Hemming says. “That takes in a lot of them—things like glass, aluminium framings, extrusions and steel.”

And concrete, which generally has risen at a slow and steady pace.

Higher oil and gas prices are now hitting concrete, which is made from cement. Cement in turn is manufactured at very high temperatures. Which uses a lot of energy.

Not surprising then, that Sydney-headquartered global cement supplier Boral announced in August its annual earnings had fallen a third to $107 million, which it attributed to east coast flooding and higher energy bills.

Labour shortages will hit all areas of the industry, according to Jack Hutchinson.

“I think the biggest issue now is labour and the depth of the sub-contractor market,” he says. 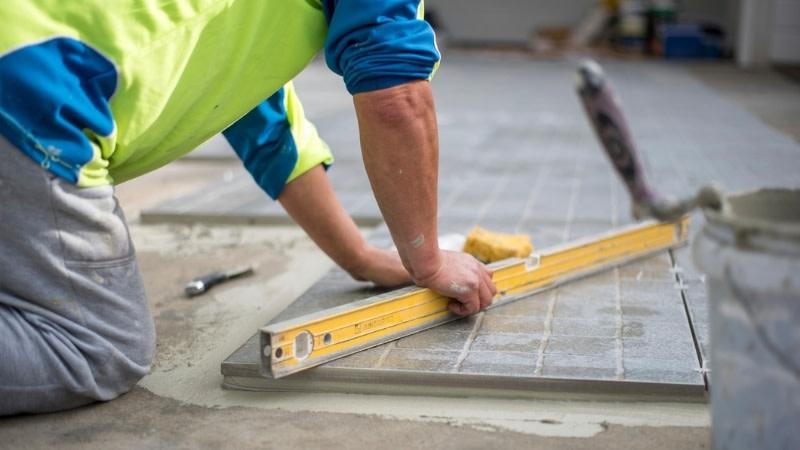 ▲ Labour remains a massive problem for the construction sector globally.

“I think we have 20 cranes between Broadbeach and Palm Beach in Queensland, and we just need more people. One solution to that is immigration, but my intuition is that even skilled migrant labour takes a while to integrate into existing businesses.”

“Any reduction we see in the cost of materials at the moment is being absorbed in additional labour costs,” he says.

“And that’s the challenge we're going to have until we until we can train more bricklayers, carpenters, tilers, painters and plasterers.

“We’ve got a skilled labour shortage in the industry because the last generation was pushed to go to university, not to TAFE. That’s going to take time to flow through.”

All of which led the Australian Institute of Architects to write to the federal treasurer Jim Chalmers last month, calling for a strategy to address the shortages and “unprecedented price rises” impacting the sector.

The institute’s national president Shannon Battisson says the current situation is having a major ripple effect beyond the collapse of construction businesses through to the broader economy, with adverse impacts for housing supply and affordability.

Key among the issues facing architects is the constant need to look for alternative, compliant materials to replace those products in short supply. And which were in the original design.

“We’re finding ourselves as quantity surveyors doing a lot of value engineering and value management on projects, which is basically trying to bring a job back into budget, based on where the initial design is,” says Hemming.

“And this is where it’s been an absolute multitude of factors. And, you know, the term perfect storm has really never been so true.”

Or the flapping of a butterfly’s wings.