[+] Why Is Suicide So Widespread in the Construction Sector?

The construction sector is keenly aware of the confronting issues it has relating to men’s health. It’s the industry with the highest rate of male suicide in Australia.

Men in the construction industry are 53 per cent more likely to die by suicide than other employed males in this country.

A construction worker is lost to suicide every second day, according to figures from the University of Melbourne and Deakin University.

In a sector with stringent health and safety regulations, research commissioned by the national suicide prevention group Mates in Construction found that death by suicide in the sector is six times higher than death due to site accidents.

“One of the big issues was that 93 per cent of construction workers who had committed suicide in the past had never sought professional help,” Mates in Construction New South Wales chief executive officer Brad Parker​ said.

“They either didn’t know where to find it, they didn’t want to, or— here’s the big one—they weren't encouraged to.”

^ Suicide in the construction industry report, July 2020. The University of Melbourne, Deakin University, Mates in Construction.

The construction sector is Australia's third largest after mining and finance. It produces around 8 per cent of the nation’s gross domestic product (GDP) and encompasses more than 330,000 businesses.

The sector directly employs more than one million people—that’s around 9 per cent of Australia’s total workforce.

Between 2001 to 2018 there were 3621 suicides by male construction workers in Australia, and 9918 suicides among employed males in other occupations.

Productivity Commission chair Michael Brennan has said that mental ill-health has huge impacts on people, communities and our economy. But mental health is treated as an add-on to the physical health system. And this has to change.

The costs of mental ill-health and suicide to Australia’s economy was between $43 billion and $51 billion in 2018-2019, according to the Productivity Commission.

This figure includes the direct cost of healthcare and support services ($18 billion), the cost of lost productivity due to lower employment, absenteeism and presenteeism (between $10 billion and $18 billion), and informal care provided by family and friends ($15 billion).

So, why is this issue so prevalent in the construction sector?

Parker says there are a number of factors at play, but part of the reason is that the sector is dominated by men.

In a male-dominated culture, Mates in Construction case manager Kayte Wilson said the “she'll be right” attitude played a part.

“There’s a stigma for men talking to others about psychological stress and their feelings if they’re not coping,” Wilson said.

“As we know, suicide can be due to multiple reasons with work and home directly overlapping.”

The spiral can start from a relationship break down, or any kind of loss, from a loved one to gambling.

Wilson said this was the case for up to 80-90 per cent of the males she speaks to.

“Your relationship ends and next you've got unexpected financial problems... And suddenly you don't know which way is up,” she said.

Wilson said a lack of job security was also a factor.

“It’s the only industry I know where they work excruciatingly long hours only to work themselves out of a job—every six months,” she said.

“They work their heart out and then the job ends.”

Meanwhile, the aim to complete large projects on-budget means project delivery timelines are not always realistic and can be prioritised over employee wellbeing.

TradeMutt director and co-founder of mental health helpline TIACS Edward Ross said the drive for cost savings can itself come at a price.

“There is a complete lack of understanding and misconception about what mental health means … a lot of people battle through it but aren't talking about it,” Ross said. 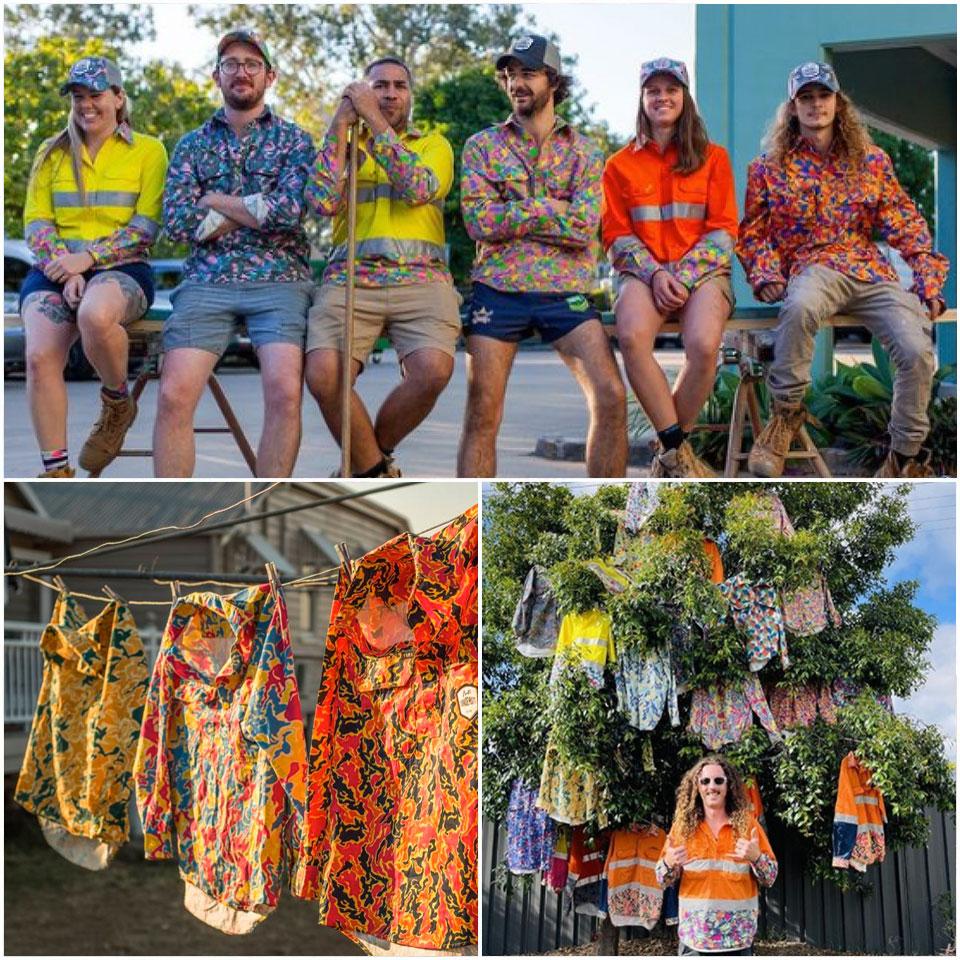 “That is especially true of people in leadership positions.

“They’re higher up in the business but they’re not talking to their staff about what they’re going through as well, which makes it harder for people below them to speak up when they’re having trouble.”

RMIT research by Professor Helen Lingard and associate professor James Harley identified the masculine culture of the predominantly male construction sector as having the potential to affect men’s mental health in two ways.

First, by creating pressures to accept highly demanding conditions of work to satisfy responsibilities as a family “breadwinner”, and second, in discouraging seeking help in the event of psychological distress or emerging mental health issues.

The research found that low job control over the way work is performed and high psychological demands, such as workload and work pressure, were identified as risk factors for suicide among Australian men.

‘Having someone check on me has been life-saving’ 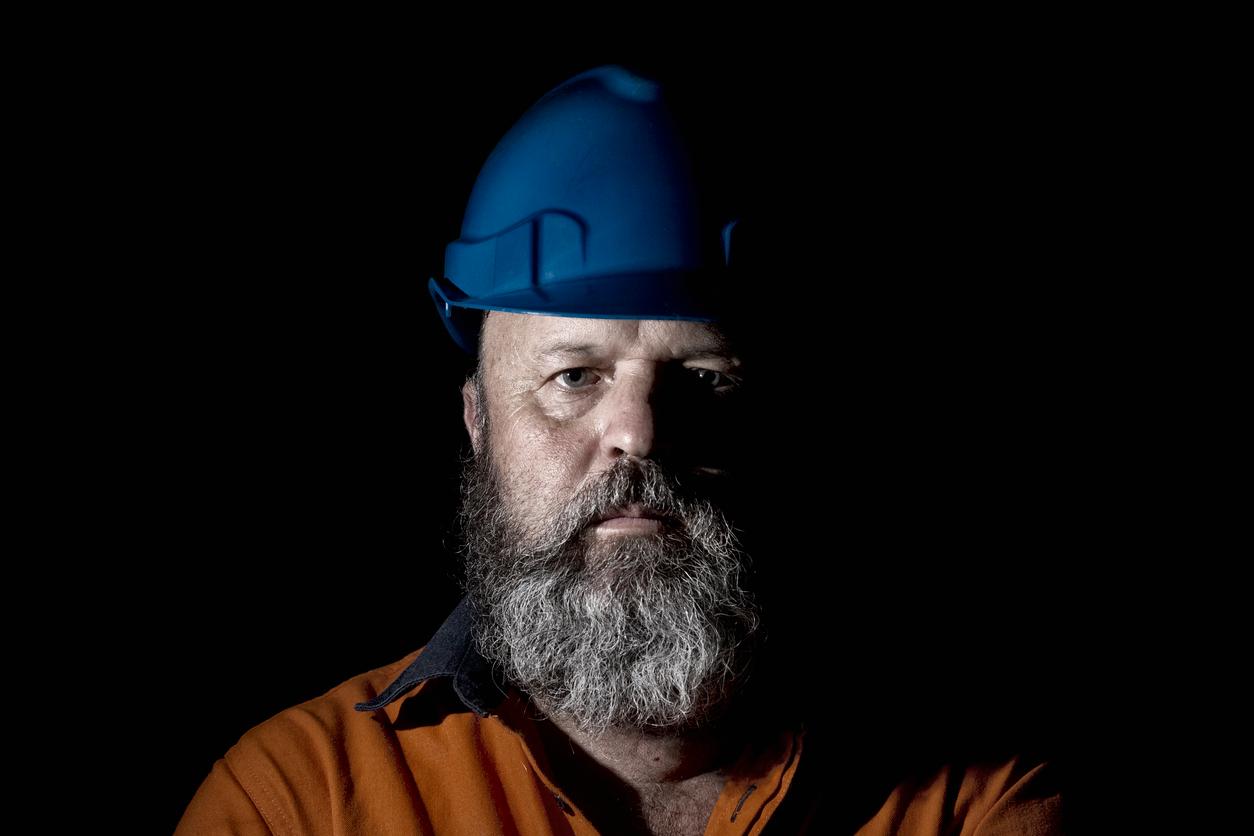 ▲ *Geoff, not his real name, says he found it extremely difficult to seek help when he needed it.

Geoff describes himself as usually the class clown, who loved going to the pub with mates, always one to have a joke.

But the combination of his long-term relationship ending and missing out on a permanent role at work was the tipping point.

Geoff now looks back and recognises this was the beginning of his spiral.

Describing the experience as frightening, at his lowest point, he presented to his local emergency department after an attempt to take his own life.

“We had relocated to Australia away from family and friends and I hadn't realised, but I became heavily reliant on my partner for daily support,” he said.

“When I missed out on a role at work I was unable to secure a permanent visa.”

This combination of his inability to gain a permanent visa, his relationship breakdown and having to move homes because he couldn’t afford the rent on his sole income sent Geoff into a depression, which led to thoughts of suicide.

“I felt embarrassed, ashamed and that if I admitted to these thoughts it could impact my ability to secure employment.”

In hindsight, Geoff noticed he began to withdraw. He couldn’t leave the house and felt a lack of motivation, a lack of interest in activities with friends, and a mounting reliance on substances.

He has since been referred to professionals for support. He was also referred to the Mates helpline, and describes making that first call as “extremely difficult”.

“Having someone to check in on me every week and talk about the counselling appointments or my plans for the future, or even just how the week is going has been life-saving,” he said.

To change the face of mental health in Australia, Ross said, this invisible issue must be made impossible to ignore, and to ensure people access care when they need it.

“Our goal is to start conversations because we know how hard it can be, especially if you are struggling,” Ross said.

“And to make people feel more comfortable when it comes to seeking help to talk to a professional.

“Knowing that we have a community full of people who are looking after their mates is what we love seeing the most.”

As a result of the pandemic, Wilson said the topic of mental health had been bought to the forefront.

“The more the topic of mental health and suicide is out there in the media, the more we can continue to normalise the conversation, the better,” she said.

“At the end of the day, you spend more time with your workmates than you do at home. It can be the small and seemly insignificant conversations that mean the most to people.”

Construction employers, employees and their families can call or text: This Is A Conversation Starter (TIACS) on 0488 846 988 for free professional mental health support.