Melbourne-based developer Pace has lodged plans for a $100-million apartment project in Brunswick East days after securing $19 million in pre-sales for its Flemington Racecourse project.

Pace, headed up by Shane Wilkinson, amalgamated the 2500sq m site between 251 and 265 Lygon Street, next to Methven Park, in an off-market transaction.

Its proposed development will replace four double-storey commercial buildings on the popular high street. Pace said it will target at owner-occupiers, offering one, two and three-bedroom apartments.

“Right now, there is strong demand from single and coupled white-collared professionals who are looking for a diverse lifestyle that suburbs like Brunswick East can provide,” Bramich said.

“We have worked very closely with Techne Architects, a firm known for its work in residential and hospitality development in Melbourne’s inner north.

“What we have created together is a project that will add value to Lygon Street and really stand out against a lot of other projects on the street that haven’t been architect-led.”

Pace, established more than 30 years ago in Melbourne, has completed more than 100 apartment projects. 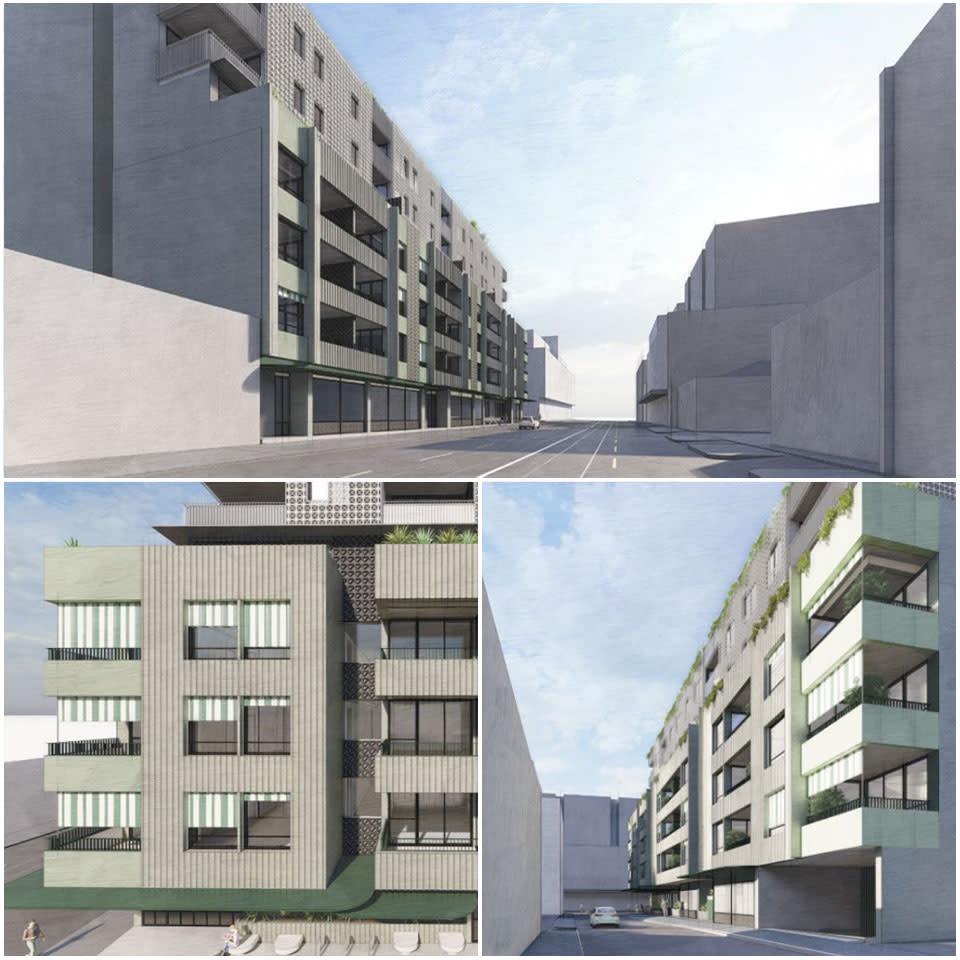 The Brunswick East proposal adds to Pace’s current pipeline that includes projects that are in planning, have been launched or are under construction across inner Melbourne.

In Sunshine, the developer has launched a 200-townhouse estate next to Brimbank Park and the Maribyrnong River trail. Further north, it has launched a 300-apartment project, Pace 3058, within the converted Pentridge Prison in Coburg.

In Blackburn in Melbourne’s eastern suburbs, Pace has settled half of the 250 apartments on offer at its Pace 3130 development planned for 160 Whitehorse Road.

Pace also lodged plans for a 200-apartment project further south in Frankston across a 3300sq m site it purchased for $16 million earlier this year.

It also has a decision pending for a 110-apartment project in Fitzroy at the site of the former Mark Tuckey furniture store on Gore Street.

And while sales, funding and construction costs are causing concern for many multi-residential developers, Pace has remained bullish in its approach to new sites and applications, supported by its business model—acting as both developer and builder.

Bramich said the model was designed to cope with difficult market conditions, including the current climate with many developers struggling to find affordable labour, materials and builders.

“During a period when construction costs are really challenging a lot of developers to get their projects off the ground, we are finding we can absorb a lot of these margins and costs by being able to build for ourselves,” Bramich said

“No one is expecting construction costs to come off and it has really given us a distinct advantage.”

The developer’s recently launched 300-apartment project within the Flemington Racecourse, The Darley—named after the Arab stallion that accounts for the lineage of most thoroughbred racehorses—is adding to Pace’s confidence in the future.

During its opening weekend, $19-million worth of apartments were sold with a $3.1-million three-bedroom apartment setting an apartment price record for Flemington at more than $14,500 per square metre.

The horseshoe-shaped, ARM architecture-designed project will be the 182-year-old Flemington Racecourse’s only residential development. It will abut a heritage-listed jockey stable and overlook the straight.

Apartment sizes in the 14-storey project range from 52sq m to 300sq m plus terraces from eight to 150sq m and have been designed by Carr.

Bramich said buyers, particularly from Melbourne’s northern suburbs Essendon and Moonee Ponds, had been drawn to the project.

“Confidence in Melbourne’s apartment market is being maintained by downsizers and owner-occupiers who have experienced significant wealth creation through the family home and seen interest rates go up and down in the past,” Bramich said.

“We have an ageing population and people are planning for the next stage of their lives and the sales we have seen in Flemington are talking directly to this.

“The market is indicating to us that what we have actually created architecturally—from a floor plan perspective and the finishes created by Carr—is resonating with a number of different types of buyers.”

▲ The Flemington project’s roofline steps down towards a horseshoe bend, afforidng views of the track. Image: ARM Architecture

Bramich said apartments within the project ranged from $450,000 for a one-bedroom apartment through to more than $4 million for one of the four penthouses.

Pace was given the nod to develop the 10,600sq m Flemington Racecourse site by the Victoria Racing Club in 2017 following a public, on-market campaign contested by a number of national and international developers.

The sale of the Epsom Road site followed an earlier agreement the Victoria Racing Club struck in 2013 with Greenland for the site as well as a separate 3ha site behind the main grandstand.

Melbourne’s apartment market is undergoing cyclical and structural changes that will support the next cycle of build-to-sell apartment projects as well as the emergence of the nascent build-to-rent sector.

There were elevated levels of apartment completions in 2020 and 2021, which was a legacy of the previous investor-driven cycle, and that is unlikely to be repeated.

Few apartment projects launched during the past two years due to weak occupier demand amid market uncertainty. Projects that were launched and met with the greatest acceptance were smaller, owner-occupier-focused apartment developments.

The outlook suggests a shortage of rental apartments when tenant demand returns, with population growth predicted from 2023 onwards.