A landmark out-of-court settlement has been reached in the multi-million-dollar class action over Sydney’s defect-riddled Opal Tower, one of Australia’s most significant property lawsuits.

The News South Wales Supreme Court was informed of the last-minute agreement on Thursday.

Subject to the court’s approval, the settlement averts a hearing initially scheduled to begin on May 2 and set down for a marathon 40 days but delayed.

Owners of apartments in the troubled $170-million Opal Tower developed by Ecove Group had been seeking millions of dollars in compensation.

“A settlement has been reached,” a source close to the case confirmed to The Urban Developer. “I’m not at liberty to expand on the details.

“The parties have agreed not to disclose or comment on the terms of settlement … and, as with all class actions, the settlement needs to be approved by the court.”

The Bates Smart-designed tower at Sydney Olympic Park in the city’s west was built by Icon Co and completed in August 2018.

Only a few months later, up to 3000 people from the 36-storey, 392-apartment complex and its surrounds were evacuated on Christmas Eve, and an exclusion zone with a 1km radius established, after residents heard a loud noise "like a cannon going off" and discovered cracks in walls and concrete floor slabs.

The incident prompted the state government to commission a report on the building by three of NSW's senior independent engineers, which sent shockwaves through the construction sector.

They found numerous design and construction issues—including “non-compliance with national codes and standards”—had caused major damage to the tower.

It was revealed some precast walls were constructed of “lower-strength concrete”, with “under-designed” horizontal support beams, called hob beams, prone to bursting under extreme pressure. 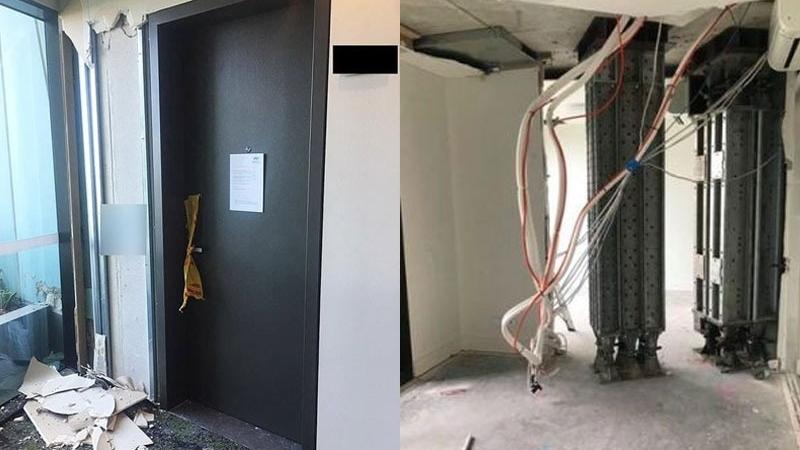 ▲ Damage inside Opal Tower at the time of the incident.

Residents—many of whom had paid $800,000-plus for apartments and up to $2.5 million for dual-level penthouses—were stranded for months in temporary accommodation while the cause was investigated and remediation work undertaken.

It also agreed to reimburse landlords for losses, with weekly rents in the building ranging from $500 to $750, and extend the structural warranty on rectification work undertaken on the tower from the statutory six years to 20 years.

In July 2019, owners of apartments in Opal Tower filed a class action led by law firm Corrs Chambers Westgarth against the state government-owned Sydney Olympic Park Authority, the owner of the land on which Opal Tower sits.

They claimed a breach of warranty as well as the Home Building Act—alleging the tower was not built in accordance with the plans and specifications—and that it had not been designed or constructed with “due care and skill”.

At the southern end of the Olympic Park Parkview Precinct and part of the Sydney Olympic Park Master Plan 2030, the property at 88 Bennelong Parkway is considered a State Significant site and did not require council approval.

Ecove and Icon were drawn into the legal stoush following lodged cross claims and, subsequently, the latter pointed the finger at engineer WSP for alleged design failures that resulted in the tower’s structural cracks.

Coming off the back of the flammable cladding crisis sparked by the fatal 2017 inferno in London's Grenfell Tower, the saga further dented public confidence in the development and construction sector.

According to Karen Stiles, executive director of apartment owners peak group Owners Corporation Network, the long-running case had exposed more than the cracks in the Opal Tower. 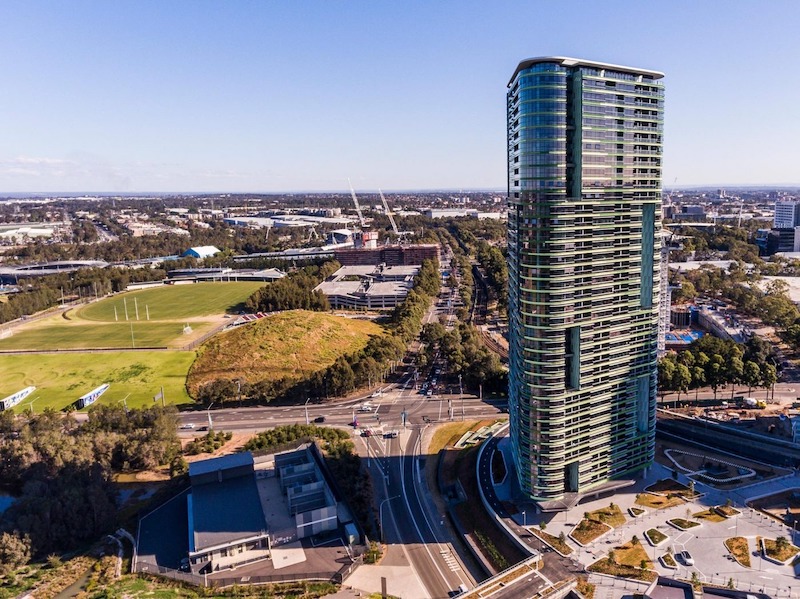 ▲ Canary in the mine: Sydney’s Opal Tower.

“It was really the start of the turning point where the government had to admit we had a problem with rampant building defects in residential towers and actually had to do something to address it,” she said.

“Unfortunately, it was the canary in the mine, I guess, and it has been followed by Mascot Towers and a few others.

“Sadly, they won’t be the last despite the building commissioner’s best efforts to do pre-occupation audits and stop settlement until buildings are delivered fit for purpose.

"There are a lot of legacy buildings out there, six to 10 years old, still figthing for justice to get their defects fixed. It’s a nightmare."

It is almost three years since residents of Mascot Towers, a 10-storey apartment complex in Sydney's inner-south, were given four hours notice to evacuate their apartments after cracks in its basement raised structural concerns and fears of a collapse.

They still have not been allowed to return to live in their properties.

Stiles said for the apartment owners in Opal Tower the settlement was the closure of “one very painful chapter”.

“It must be a huge relief … and let’s hope it has had a happy ending but we’ll never know because of the non-disclosure agreements that are rife in the industry. It’s very difficult to know whether or not owners have negotiated a good deal.

“The damage caused by defects is far reaching," she said.

"Just one example is their building insurance premium, which has gone from under $100,000 to over $2 million per year. Will this be their fate for the life of the building?

“It’s such a fraught area. None of the owners are equipped for this or prepared for it.

“They’ve just bought the keys to their dream home and think that’s it, they can close the door and put their feet up … but this is an awful situation for owners and they should never be put through it.

“The lesson for developers from this expensive, drawn-out litigation is simple.  Invest the money in delivering a fit for purpose building and save yourself years of grief, expense and reputational damage.”