The simplistic positioning of growth for Australian cities as a battle between spreading low-density suburbs versus high-rise towers needs a circuit breaker to ensure our cities grow sustainably.

A greater focus is needed on development options between the low- and high density and this should be the mid-rise urban model that typifies European cities such as Paris, Barcelona, Berlin and London.

The mid-rise of around six-storeys is a good fit for Australian cities as it sits within the height of mature gum trees while having a human scale where a resident can still call out to a friend on the footpath from their top-floor balcony.

The newer versions are more expressive of their individuality rather than simply looking just like their neighbours.

They are much greener with significant planting over and throughout the building.

To explain the new mid-rise approach, here are a number of examples found during my world-wide research. 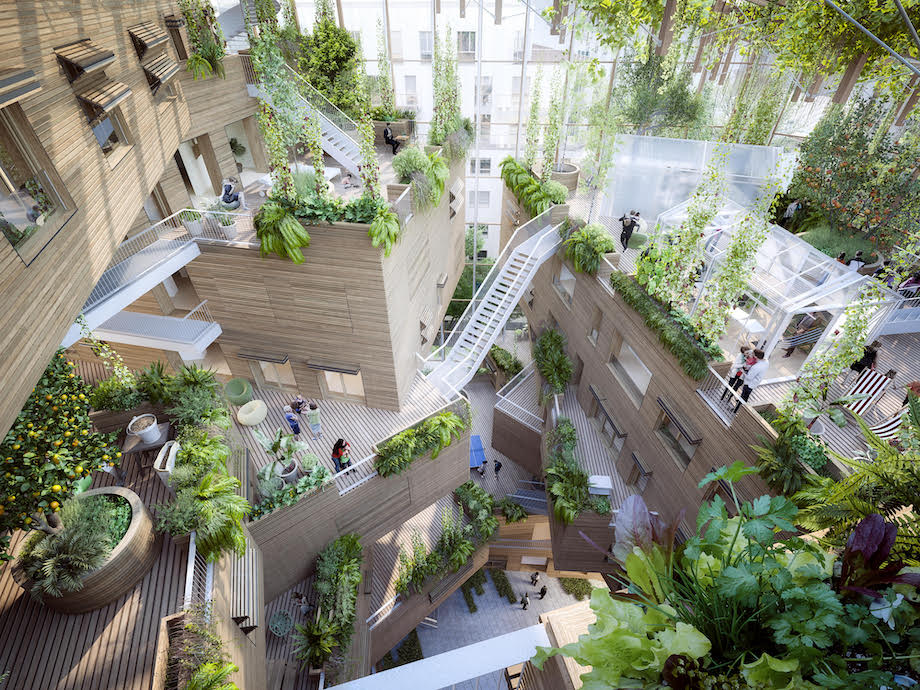 ▲ Situated in Issy-les-Moulineaux, one of the main poles of Métropole du Grand Paris, La Serre is a 111-apartment greenhouse building.

La Serre is a design by Dutch architects MVRDV and in the Haussman areas of Paris.

The lead designer, Winy Maas, described this building to me in enthusiastic terms. The design idea builds on an earlier book by Winy, The Vertical Village, where theoretical plans are proposed for dynamic clusters of homes sitting above each other creating a sense of a community of families with gardens in the sky.

Le Serre is within the 20m to 27m height limit of Paris but its form is quite different to the heavy masonry character of its neighbours. Individual dwellings are arranged on different angles around an open atrium filled with landscaping and terraces.

Externally the building is enclosed in a glass skin with gridded structure with glimpses of the dwellings and of the significant landscaping. 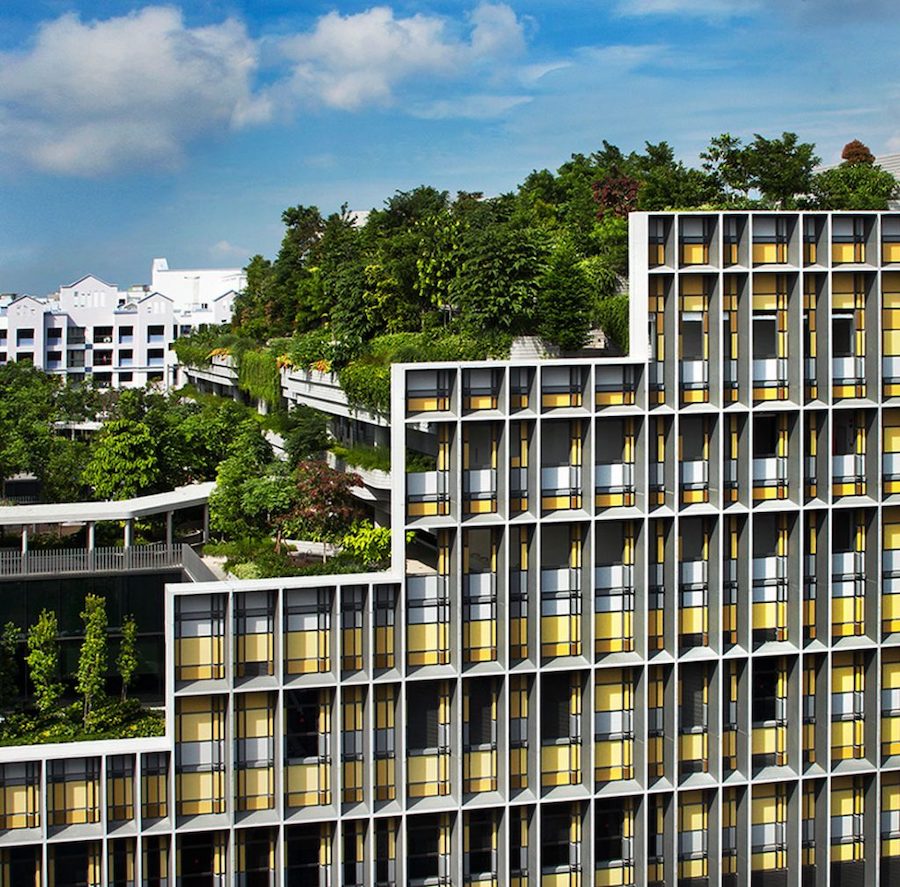 ▲ Kampung Admiralty is Singapore’s first integrated public development that brings together a mix of public facilities and services under one roof.

An Asian example is by Singapore architects WOHA with their design for Kampung Admiralty, a mid-rise housing development with a forest of trees on the roof that cascades to lower levels.

Kampung in Malay means village and the architects have made the building into another version of a vertical village.

The ground floor is an open plaza that accommodates the traditional street food stores and markets of Singapore.

While the complex is mainly for older people it also includes a child-care centre, food outlets and a medical centre that wraps around a central “rain garden”.

The Admiralty in the building’s name refers to the adjacent metro rail station of Admiralty that makes transport for residents and visitors easy.

Kampung Admiralty was voted World Building of the Year at the 2018 World Architecture Festival. 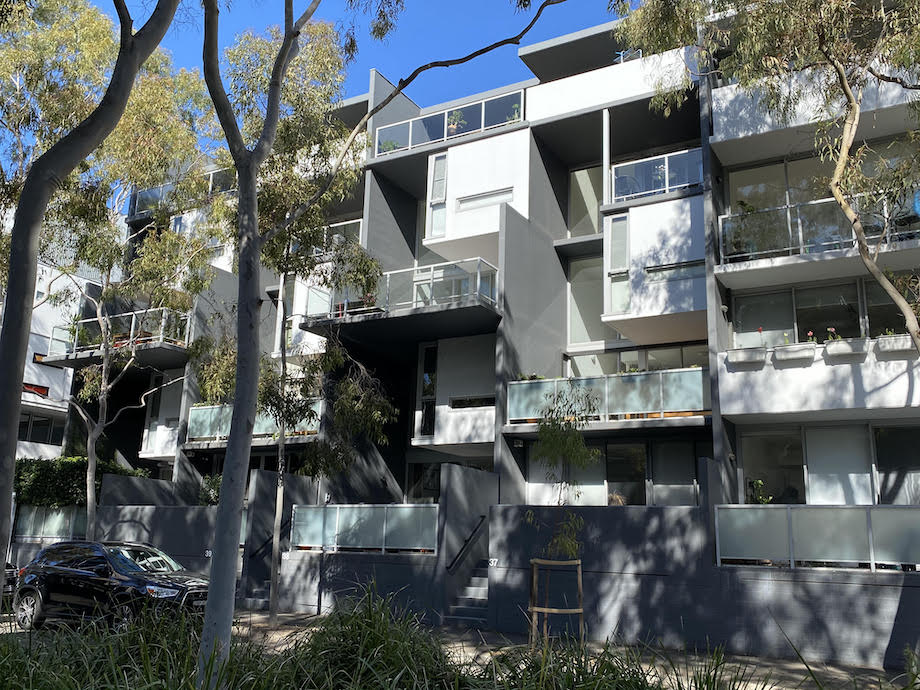 In Sydney in 2002, when I was NSW government architect, I found that organisations such as the Save Our Suburbs movement were very critical of apartments as being concrete monoliths compared to the human scale of houses and gardens in the suburbs.

I set out to design garden apartments that tried to carry the suburban characteristics into mid-rise apartments. We designed and had built at Victoria Park in inner Sydney an apartment building that expressed individual homes through a checkerboard pattern with large balconies that could contain gardens.

The height of five floors fitted neatly into the height of the gum trees we had planted in the centre of the street providing a shade umbrella.

We also published a book, Greening Sydney—Landscaping the Urban Fabric, that championed a greener urban environment.

Around the world there seems to be a swing to urban living in mid-rise buildings that are generally the same height as the width of the street they front, around 20 metres.

In the UK, the Prince’s Foundation has issued a report, Housing London: A Mid-Rise Solution, that champions a more human scale, and the Mayor of London and the UK government have taken up the cause.

What is needed in the Australian context are planning rules that encourage this form of development through faster approvals particularly if the project includes significant greenery in the form of a vertical village.