The humble storage shed is evolving into a tech-enabled, architect-designed multi-storey building fulfilling a gap in last mile logistics through a bluetooth-enabled app.

“This is the future of storage,” StoreLocal chief executive Hans Pearson says as we tour his smart shed in Brisbane.

The purpose-built multi-storey storage facility near Brisbane’s airport could be Australia’s smartest shed, according to Pearson.

Each customer receives a unique link to set up the StoreLocal app which enables them to access the doors, lifts and their individual storage shed at the click of a button on their phone via bluetooth.

Pearson says it enables the more than 500 customers to control who has access to their storage containers. They can send a one-time access code to logistics companies to collect or drop off goods to the shed while recording who has been in and out of the individual storage units.

The bluetooth will only enable access to the floor of your storage unit and area within the facility.

The 10,000sq m storage facility at Hendra was completed in March this year after an 15-month build program, with 11 strata-titled workstores all sold off the plan ahead of completion for about $5500 per square metre.

Pearson says he would have liked to have built 30 more of the workstores, and he will likely increase the number of these offerings in future developments, as well as co-working spaces.

Pearson recently inked a $100-milion deal with global investment fund Partners Group to help deliver a further three projects in Brisbane, Melbourne and Perth, all of which have DA approval.

He says that in the US storage facilities are second only to residential development as the most popular asset class for REITs.

“It’s been an instituionalised asset class in the US for a long time, it’s a well-regarded institutional asset,” Pearson says.

“The challenge in Australia is there hasn’t been the same level of scale as the US.

“We are the fourth-biggest player in Australia with 30 sites, behind Kennards, National Storage, and Storage King, but it’s all privately owned.” 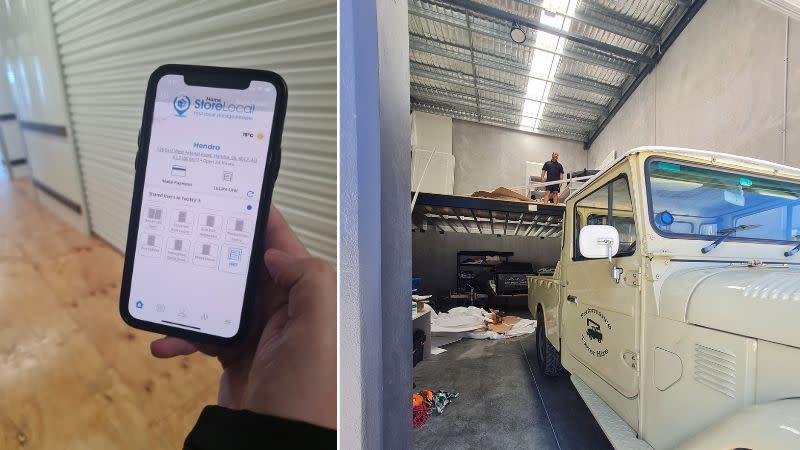 ▲ Downsizing business owners and homeowners looking for somewhere to tuck away their boats and caravans bought up the strata-titled workstores off the plan ahead of the app-enabled building's completion.

But the demand for self storage continues to grow exponentially with smaller houses, the rise of e-commerce and a shift to lifestyle focus, according to Pearson.

It all comes down to location, Pearson says. The facility is strategically located close to the airport and major arterials, with a view to targeting the half-hour delivery goal for many last-mile logistics operators.

“Aside from residential, this is the highest order use of the land. It’s intensive development of the land because we are able to go up, as opposed to industrial,” he says.

A strata-titled workstore owner was installing a mezzanine while we toured the site, and explained that he had downsized his office and had been working from home, but wanted to have a separate workplace.

The double-height workstore will include an enclosed air-conditioned mezzanine level, its own bathroom and a place for his “toys” downstairs. 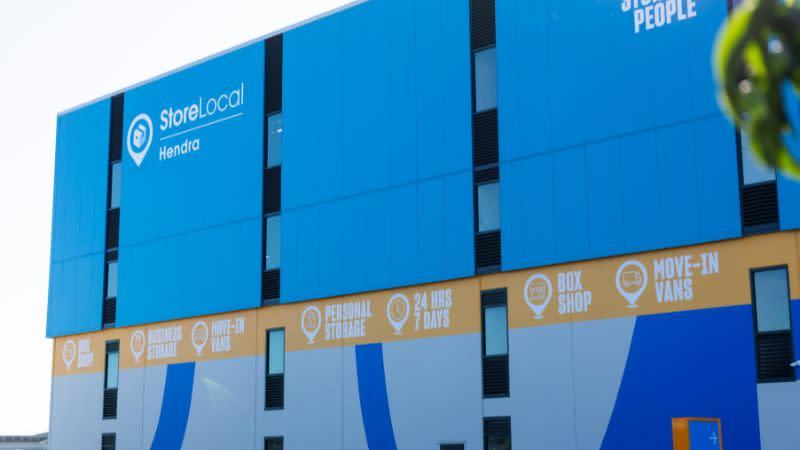 ▲ A focus on passive design, energy efficiency and look and feel were key to the new age shed design.

The pandemic has also accelerated demand for the flexible warehousing options of self storage.

A CBRE report on the industry pointed to business owners downsizing and reducing costs with increased flexibility in the storage shed space, while white-collar workers had to clear a space for a home office.

It’s a $1-billion industry in Australia that is attracting more investor interest despite its lack of maturity in the commercial sector. Pearson says it provides a good hedge against inflation with regular opportunities to address rent prices and, more importantly, sticky tenants.

Unlike other commercial asset classes occupancy agreements for self storage do not tend to include incentives, which means investors receive effective rental cashflow, and effective yields of up to 6.5 per cent.

While self storage is in direct competition with industrial developers, Pearson says they can afford to pay more because they are long-term holders of the asset, with a view to making them as environmentally efficient as possible.

The Hendra facility features passive design and strong ESG values that will deliver long-term benefits over the life of the asset.

While Pearson looks at each storage facility as a unique beast, it is clear it is an iterative design process and one that is gathering pace.