Global investment manager Hines has stepped up its involvement in Australia’s emerging build-to-rent sector, taking control of a substantial site in inner-city South Melbourne for a planned 400-apartment development.

The latest acquisition is a 2900sq m site at 15-33 Bank Street and 35-37 Bank Street, in the heart of the Domain Precinct and within walking distance of the coming Anzac Station as well as the Royal Botanic Gardens.

The site is currently occupied by an aging three-storey commercial building with 2600sq m of floor space and a seven-level carpark that accommodates up to 400 vehicles.

The South Melbourne deal adds to a string of recent results for the commercial real estate agency including a $22-million off-market transaction in Port Melbourne.

“A significant amount of local and international cash is available in the marketplace, waiting to be placed into quality sites,” Sia told The Urban Developer. 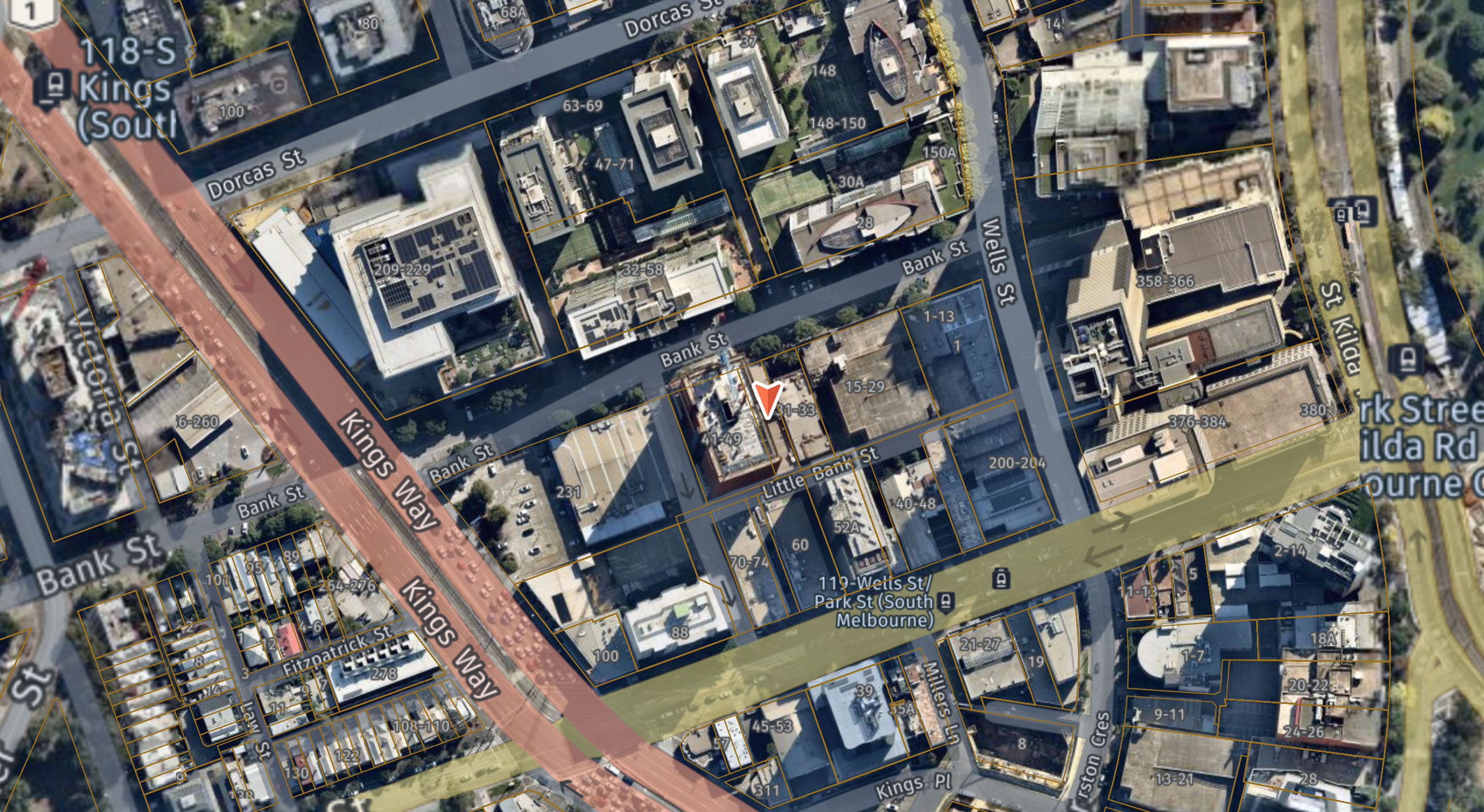 ▲ The properties at 15-29 and 31-33 Bank Street were marketed as a development opportunity in the heart of South Melbourne. Image: Nearmap

“The substantial number of enquiries received on this listing was overwhelming—200-plus for a single site is truly a statement.”

“Australian build-to-rent is a key strategic growth market for our firm and investors,” Bisla said.

“We believe this project is well-positioned to benefit from the return of population and jobs growth in Melbourne and the shortage of quality rental housing in this location.”

Hines is now planning to deliver more than 850 build-to-rent units across all three sites with an end value of approximately $820 million.

At its recently purchased Brunswick site it plans to develop a 250-unit build-to-rent apartment complex with an end value of $250 million while its Bank Street will accommodate a $230-million facility with about 220 apartments.

Bisla said the three Melbourne projects were part of a broader push for prime sites to deliver high-quality build-ro-rent assets in undersupplied rental markets such as Sydney, Brisbane and Canberra.

Hines currenly has 51,000 build-to-rent properties across the US and UK and is the second largest developer in the sector globally behind Greystar. 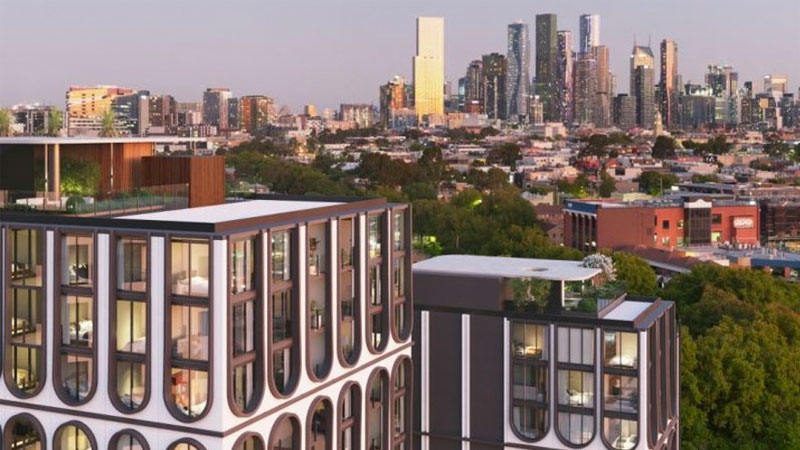 ▲ Hines has plans for 250 build-to-rent apartments at 36-58 Macaulay Road in North Melbourne.

Melbourne has so far claimed the lion’s share of build-to-rent apartments in existing supply and the coming pipeline due to the higher number of larger, scalable, permit-approved sites available, especially in the inner-city areas.

Melbourne’s build-to-rent pipeline has swollen by almost 70 per cent during the past 12 months from 4700 units spread across 14 projects to almost 8000 over 21 projects.

While the fast-growing sector is still emerging in Australia, it is on track to account for 12 per cent of all new high-density housing starts by 2023.

Canada’s Oxford Properties, partnered by local platform Investa, and US powerhouses Greystar and Sentinel Real Estate have also entered the Australian market with large projects planned or under construction already.

By 2024, more than 7000 build-to-rent apartments are expected to be completed in Australia, according to JLL, more than two-thirds of them in Melbourne.