Construction costs of new houses and the spike in petrol prices have led to the greatest increase in cost of living in more than two decades, and economists are warning interest rate hikes are on the way.

ANZ chief economist David Plank has forecast a 15 basis point increase on cash rates as soon as next week when the Reserve Bank of Australia meets to review monetary policy.

The consumer price index fluctuated 2.1 per cent this quarter and more than 5 per cent across the 12 months to March 2022, which could trigger an interest rate hike well ahead of the Reserve Bank’s forecasts.

According to Australian Bureau of Statistics data the most significant price rises were in new homes, which rose 5.7 per cent, and fuel, which rose 11 per cent.

Underlying annual CPI inflation increased 5.1 per cent, the highest since 2009.

The trimmed average annual inflation, which excludes outliers, increased 3.7 per cent, well above the central bank’s target of 2 to 3 per cent, which is adding weight to the theory that they will announce an interest rate hike imminently.

“Trimmed mean inflation is now higher than at the start of any tightening cycle since the formal launch of inflation targeting, [and] the chances that the Reserve Bank of Australia will raise rates by 50 basis points in June are growing,” Thieliant said.

“The 2.1 per cent quarter-on-quarter rise in the consumer price index was the largest since the launch of the GST in 2000 and was well above the analyst consensus of 1.7 per cent. 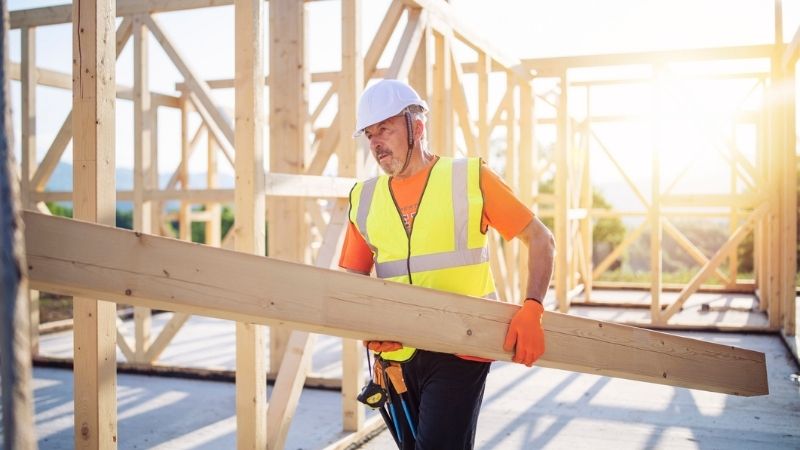 ▲ The cost of construction of new houses rose 5.7 per cent, driving a steep spike in the cost of living and inflation rates.

“It lifted headline inflation from 4.6 per cent to 5.1 per cent, matching the peak before the Global Financial Crisis and far above the RBA’s February forecast that inflation would peak at under 4 per cent later this year.”

Earlier this month Westpac chief economist Bill Evans said it would be a “much shorter tightening cycle” and forecast a series of cash rate hikes starting in June this year.

Creditorwatch chief economist Anneke Thompson said the inflation data pointed to price pressures across the board and warned discretionary service businesses would feel the pinch first.

“New dwelling purchases and transport costs driven by steep oil prices are the two biggest contributors to Australia’s highest recorded inflation figure since the introduction of the GST in 2001,” Thompson said.

“Diving into the data, it’s clear a shortage of labour has been a key factor, particularly in the construction sector. However the gradual easing of government grants and stimulus introduced throughout Covid-19 has played a part.”

REIA president Hayden Groves said the CPI inflation figures were concerning and foreshadowed a decline in housing affordability, which needed to be addressed federally.

“Increases in the cash rate are imminent which will add to mortgage payments and decrease affordability for first home buyers,” Groves said.

“Addressing home ownership now by both major parties will reverse the trend of falling home ownership and avoid the looming significant policy problem of large numbers of long-term renters aged 45 years and over remaining in the rental sector.” 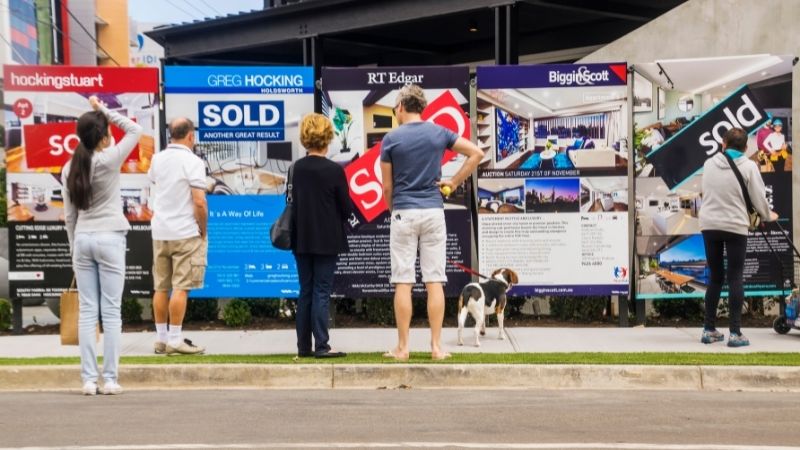 ▲ REIA president Hayden Groves said inflation pointed to a decline in housing affordability and called for action to help get first home buyers back in the market.

Groves said the impost of stamp duties and the deposit gap would become a barrier to entry for first home buyers when cash interest rates are increased.

Gill said major banks had lost ground to other lenders as the banking industry braced for interest rate hikes.

“The major banks ceded ground to the non-majors in the first quarter of 2022 in both new loans and refinances. This was driven by the major banks increasing fixed loan rates in expectation of interest rate rises, together with non-majors competing strongly on variable loans.”