Australians chalked up over-$33 billion in new home loans in March as they took advantage of record-low borrowing costs ahead of the Reserve Bank of Australia’s increase to the cash rate.

While the pace of lending growth has eased considerably since its highs over the second half of last year, the level of lending still remains elevated.

Housing finance approvals beat expectations in March, after falling by -3.7 per cent in February, with the value of new loan approvals rising versus consensus forecasts of a -1.9 per cent decline.

Within the owner-occupier segment, loans to first home buyers posted a very surprising 5.9 per cent lift in the month, having fallen 15 per cent since the start of the year.

Increases in investor loan commitments were reported for all states and territories with high proportional increases in the Australian Capital territory, up 15 per cent and the Northern Territory, which surged by 32 per cent.

“The value of owner-occupier loan commitments rose for the purchase of existing dwellings, purchase of newly erected dwellings and for alterations and additions while commitments for the construction of new dwellings fell.” 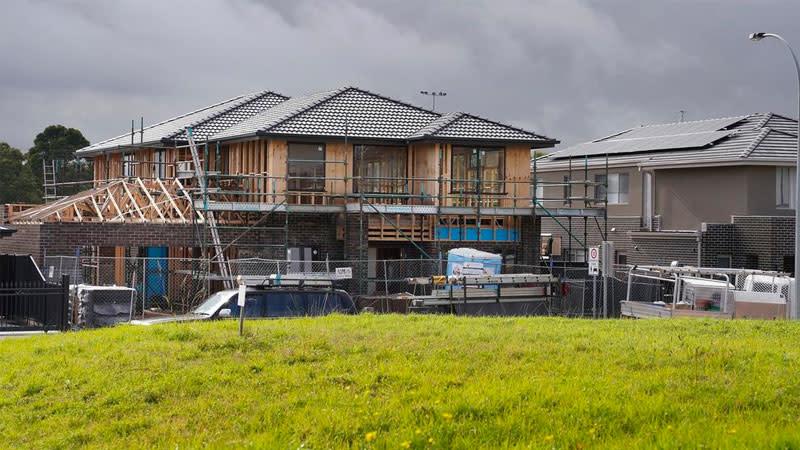 ▲ The value of new loans to upgraders declined 2.2 per cent, more in line with the slowing established market, while the value of construction-related loans ticked down 0.4 per cent over the month.

Refinancing also picked up in the month. Refinancing had been declining in each month since its peak in August 2021, but since January has been rising again.

Commonwealth Bank economist Stephen Wu said the rise in refinancing in recent months had reflected the shift to fixed rates as fixed rates fell well below the variable rate.

“Mortgage holders with variable rates or those about to roll off their fixed terms will now be considering whether to lock in their interest expenses by fixing—albeit at substantially higher rates than a year ago—or to pay the currently lower variable rate but be exposed to rising interest rates,” Wu said.

“Further rate hikes are expected over the rest of this year [and] we anticipate another 100bps of tightening by year end, while the market pricing is for more than 250bps.

“We [now] expect housing lending to continue to cool over 2022 as the RBA continues to normalise the cash rate.”

The huge demand for home loans has forced regulators to act and curb credit availability even as separate figures earlier this week showed housing price growth slowing in April.

Earlier this week, the central bank increased the cash rate by 25 basis points to 0.35 per cent, marking the first time the cash rate has risen in over a decade.

Reserve Bank of Australia governor Philip Lowe said the cash rate could hit about 2.5 per cent over the next couple of years, but said there was a “huge amount of uncertainty”.

According to Westpac, money markets are now pricing in a cash rate of 2.8 per cent by the end of this year and 3.6 per cent by June 2023.

“The reason why we are saying the peak this time will be above previous debt servicing ratio peaks is because the household balance sheet is stronger going into this rate hike cycle than in the past because of the $240 billion in accumulated savings that the household sector has been able to achieve over the last two years.”

“That’s a bigger fall than we’ve seen in previous downcucles, but it compares with this sharp increase in cash rates that we are likely to see,” Evans said.

“It also compares with the fact that we’ve never seen a run up in prices, to 22 per cent, that we saw in the year to November last year.”